Home All News Kids Boy’s Reaction to Trying On Colorblind Glasses is Helping Finance Hundreds of... 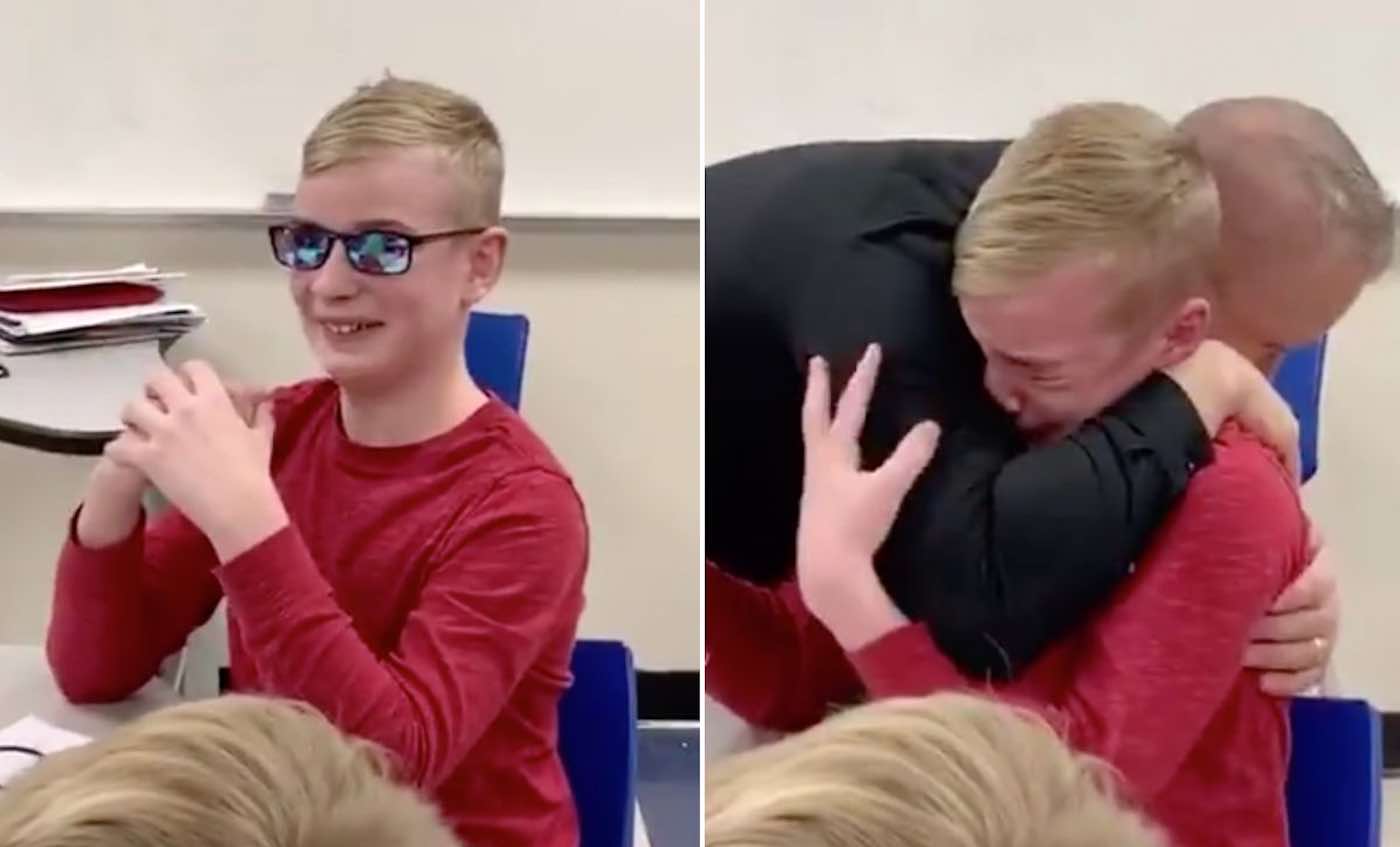 12-year-old Jonathan Jones was filmed trying on colorblind-corrective glasses for the first time in his life during his high school science class last week—and his reaction is now helping to distribute those glasses to other colorblind students just like him.

Jonathan is just one of Principal Scott Hanson’s students at Lakeview High School in Cottonwood, Minnesota, but they do share the same problem of being unable to see color. Prior to trying on the glasses, Jonathan had never been able to differentiate between the periodic table color groupings.

The specially-designed EnChroma glasses belonged to Hanson. Since he had been given the glasses as a Christmas gift several years ago, he has always made sure to bring them to school as an educational tool for genetics lessons in science class.

Upon learning that one of his students shared the same condition, Hanson brought the glasses into his class so Jonathan could try them on—and the youngster’s reaction was priceless.

“I’ve been in education for 25 years, and to see that reaction on his face, and that pure joy and overwhelming happiness and sadness, all those emotions at once, was just an awesome experience,” Hanson told The Washington Post.

Jonathan’s parents—who were present for his monumental classroom experience—immediately launched a GoFundMe page so they could try to raise enough money to buy Jonathan his own pair of glasses, which typically cost upwards of $270.

Luckily, Jonathan’s brother uploaded a video of the boy’s reaction to Twitter where it has since been viewed thousands of times.

CHECK OUT: After Bullied Boy Has Terrible First Day of School, Upperclassmen Take Him Under Their Wing

Their GoFundMe campaign has now raised more than $29,000, and Jonathan’s family is working with EnChroma to use the money as a means of distributing free glasses to other colorblind students who may not be able to afford their own pair.

Furthermore, the company is donating a pair of glasses for every set that is purchased through the fundraiser.

My little brother is severely colorblind and so is his principle at school. While they were learning about colorblindness in class, his principle brought in some glasses that let him see color for the first time, and he was very emotional. Check it out: pic.twitter.com/LQhAND9RJq