Home All News Sports Street Fighter is Giving Back: 14-0, The Inspiring Story of UFC’s Brian... 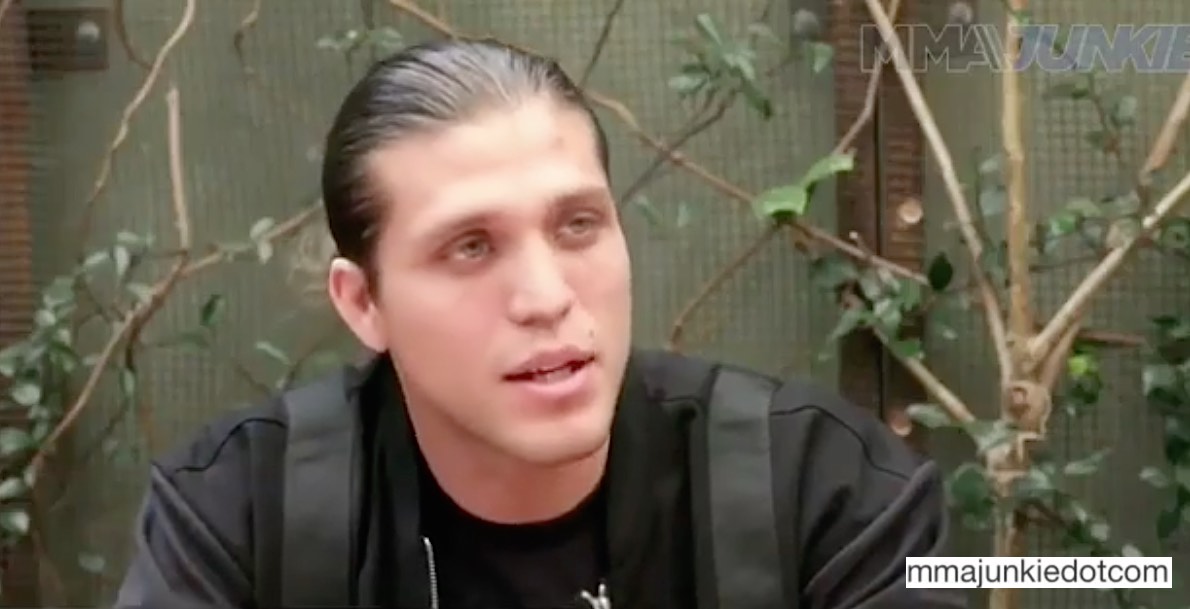 How often does a teenage street fighter — four times expelled from school — turn his life around and start giving the love he never got as a kid?

[You can also listen to “The Good News Guru” tell this story on the Ellen K. radio show.)

Brian Ortega grew up in LA with 13 brothers and sisters, yet had no champions in his corner—but that’s not the case anymore.

The one thing “falling in with a bad crowd” did for Ortega is inspire his purpose. Because he loved to fight, he was drawn, at 13, to the famed Gracie Jiu-Jitsu Academy. He asked the owners if he could clean the mats, wash towels, help in any way possible, in exchange for lessons in the Brazilian martial art. Later he found a pair of mentors and started training in MMA.

While some athletes have fancy facilities and high-tech equipment, Ortega wanted to show the world that he could make it happen from a tiny one-car garage. And, show the world he did.

RELATED: After Scoring This Astonishing Trick Shot, Teen With Down Syndrome is Contacted By the Globetrotters

But the best part about this young man is his love of giving back.

“I want to be the person who stands for the people that need help,” he says in the inspiring video below.

For ten years, he’s made an impact in his community, volunteering to give surfing experiences to kids with cystic fibrosis, and going on a nationwide tour of children’s hospitals.

CHECK OUT: When Girl With Winning Score is Denied Title, Runner-up Offers Trophy: ‘I didn’t win, you did’

Even though he has earned well over a hundred thousand dollars, the 27-year-old is still driving a 20-year-old car without heat or air conditioning. He did, however, just spend $20,000 to set up the charitable Brian Ortega Foundation.

He recently received the Hispanic Athlete of the Year Award and, thanks to his unrelenting hard work, the UFC Championship Title is in his sights. Currently undefeated at 14-0, having beaten second-ranked former champion Frankie Edgar on Saturday in Las Vegas, he will soon compete to become the world featherweight UFC champion.

“I was down and out, but was lucky enough to have good people come into my life — I want to do that for kids who are at risk of going down the wrong path and help steer their energy into something positive,” says the fighter.

(WATCH him discuss love and giving back in the video below)

I AM CALLED, to help the poor, the hungry, the thirsty, the hurting, the abused, and the broken.