Home All News Animals Bus Driver Has Stopped to Feed Stray Dog Every Day for the... 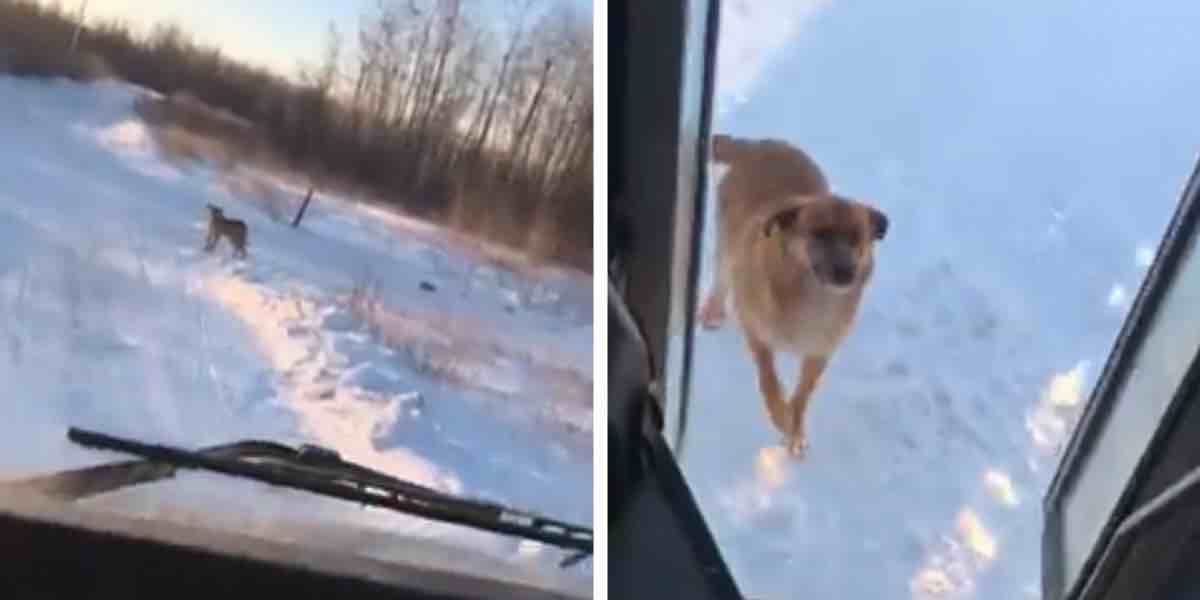 Despite this pup’s excitement over an approaching bus, he isn’t looking for a ride – he’s waiting for his special delivery of food.

The Canadian bus driver, who prefers to remain anonymous, first caught sight of the stray dog on her route two years ago. The emaciated hound had been pawing through trash cans to try and find something to eat.

Thankfully, the bus driver is also a volunteer for Feed the Furbabies Canada – a nonprofit dedicated to feeding the country’s population of stray animals.

Ever since she first saw the dog two years ago, the bus driver has always made sure to bring a bag of dog food for the stray – and the dog is always eagerly waiting to meet her.

LOOK: Comfy Armchairs Pouring in For Animal Shelter So Every Pet Can Have a Spot

“She has continued to feed him every day, Monday to Friday, at the same location,” Kareena Grywinski, founder of Feed The Furbabies Canada, told The Dodo. “He sits and patiently waits every day no matter what the weather is like.”

According to the nonprofit, there are tons of stray animals in the area that are in need of a home, but there isn’t enough room in animal shelters to harbor them.

CHECK OUT: ‘Sad’ Dog Looking For Kids to Read to Him is Now All Booked Up

“This community has over a 100 dogs needing to be rescued; it breaks our hearts that we can’t take them all home. There just aren’t enough foster homes available for these precious pets,” says Grywinski. “[But] we do the best we can by providing them food and dog houses until a space opens up in a rescue for them.”

While the details about the stray dog are unknown, one thing is for sure – he has made a spectacular transformation since the bus driver took him under her wing.