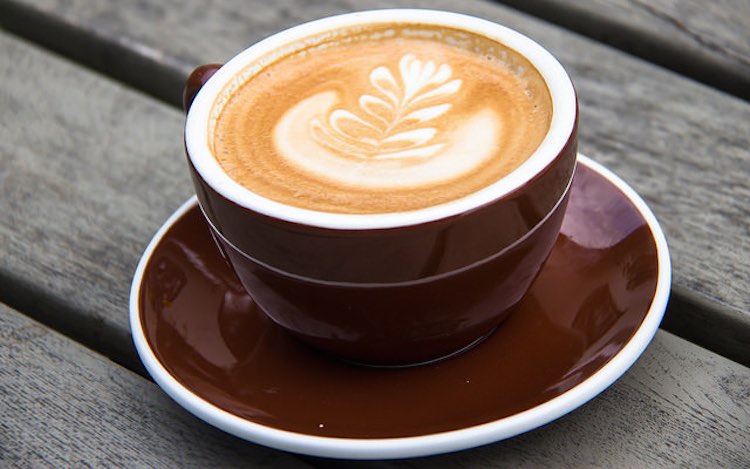 A new study in animal models suggests that caffeine may offset some of the negative effects of a diet that’s high in fat or sugars.

Rats that consumed the caffeine extracted from mate tea gained 16% less weight and accumulated 22% less body fat than rats that consumed decaffeinated mate tea, scientists at the University of Illinois found in a new study.

The effects were similar with synthetic caffeine and that extracted from coffee.

Mate tea is an herbal beverage rich in phytochemicals, flavonoids and amino acids that’s consumed as a stimulant by people in southeastern Latin American countries. The amount of caffeine per serving in mate tea ranges from 65-130 milligrams, compared with 30-300 milligrams of caffeine in a cup of brewed coffee, according to the study.

RELATED: Is Your Gut Out of Whack? 10 Things You Can Learn With a Home Test Kit

For four weeks, the rats in the study ate a diet that contained 40% fat, 45% carbohydrate and 15% protein. They also ingested one of the forms of caffeine in an amount equivalent to that of a human who drinks four cups of coffee daily.

At the end of the four-week period, the percentage of lean body mass in the various groups of rats differed significantly. The rats that ingested caffeine from mate tea, coffee or synthetic sources accumulated less body fat than rats in the other groups.

The study, published recently in the Journal of Functional Foods, adds to a growing body of research that suggests mate tea may help fight obesity in addition to providing other beneficial health effects associated with the phenolic compounds, vitamins and flavonoids it contains.

“Considering the findings, mate tea and caffeine can be considered anti-obesity agents,” said Elvira Gonzalez de Mejia, a co-author of the study and director of the division of nutritional sciences at the U. of I. “The results of this research could be scaled to humans to understand the roles of mate tea and caffeine as potential strategies to prevent overweight and obesity, as well as the subsequent metabolic disorders associated with these conditions.”

In the rats, the accumulation of lipids in the adipocytes was significantly associated with greater body weight gain and increased body fat, according to the study.

To determine the mechanism of action, the scientists performed cell culture studies in which they exposed adipose cells from mice to synthetic caffeine or the coffee or mate caffeine extracts. They found that regardless of its source, caffeine decreased the accumulation of lipids in adipose cells by 20% to 41%.

The scientists also tracked the expression of several genes associated with obesity and lipid metabolism. These included the fatty acid synthase gene (Fasn), an enzyme compound involved in the synthesis of fatty acids from glucose; and the lipoprotein lipase gene (Lpl), which codes for an enzyme that breaks down triglycerides.

All of the caffeine treatments, regardless of origin, significantly down-regulated the expression of both Fasn and Lpl. In the cell cultures, Fasn expression diminished by 31% to 39%, while Lpl expression decreased by 51% to 69% among cells treated with synthetic caffeine or the caffeine from mate tea or coffee, they found.

In the rats that consumed the mate tea caffeine, expression of Fasn decreased by 39% in their fat tissue and by 37% in their livers, the researchers found.

RELATED: Apples, Tea, and Moderation—The 3 Ingredients for a Long Life

The decreased expression of Fasn and two other genes in the liver evoked lower production of low-density lipoprotein cholesterol and triglycerides in the liver as well, according to the study.

“The consumption of caffeine from mate or from other sources alleviated the negative impact of a high-fat, high-sucrose diet on body composition due to the modulation of certain lipogenic enzymes in both adipose tissue and the liver,” de Mejia said. “The decreased expression of Fasn and Lpl brought about lower synthesis and accumulation of triglycerides in the adipose tissue.”

Reprinted from the University of Illinois at Urbana-Champaign News Bureau

Power Up With Positivity By Sharing The Health News With Your Friends On Social Media — File photo by Infomastern, CC