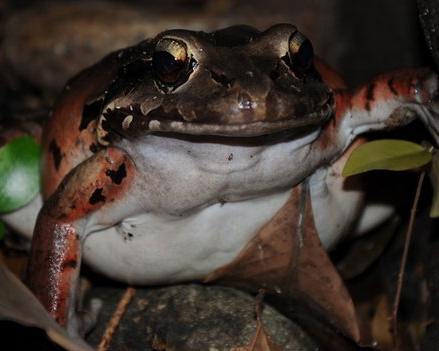 Three months after releasing captive-bred frogs belonging to a critically endangered species, conservationists reported they are surviving well in their new home on the island of Montserrat.

In 2002, after a fatal fungal disease left only two uninfected populations remaining there, a partnership of conservation groups set out on an emergency rescue mission to airlift 50 of the frogs from the island, who were then bred in captivity and prepared for reintroduction to their homeland.

(READ the story from BBC News)