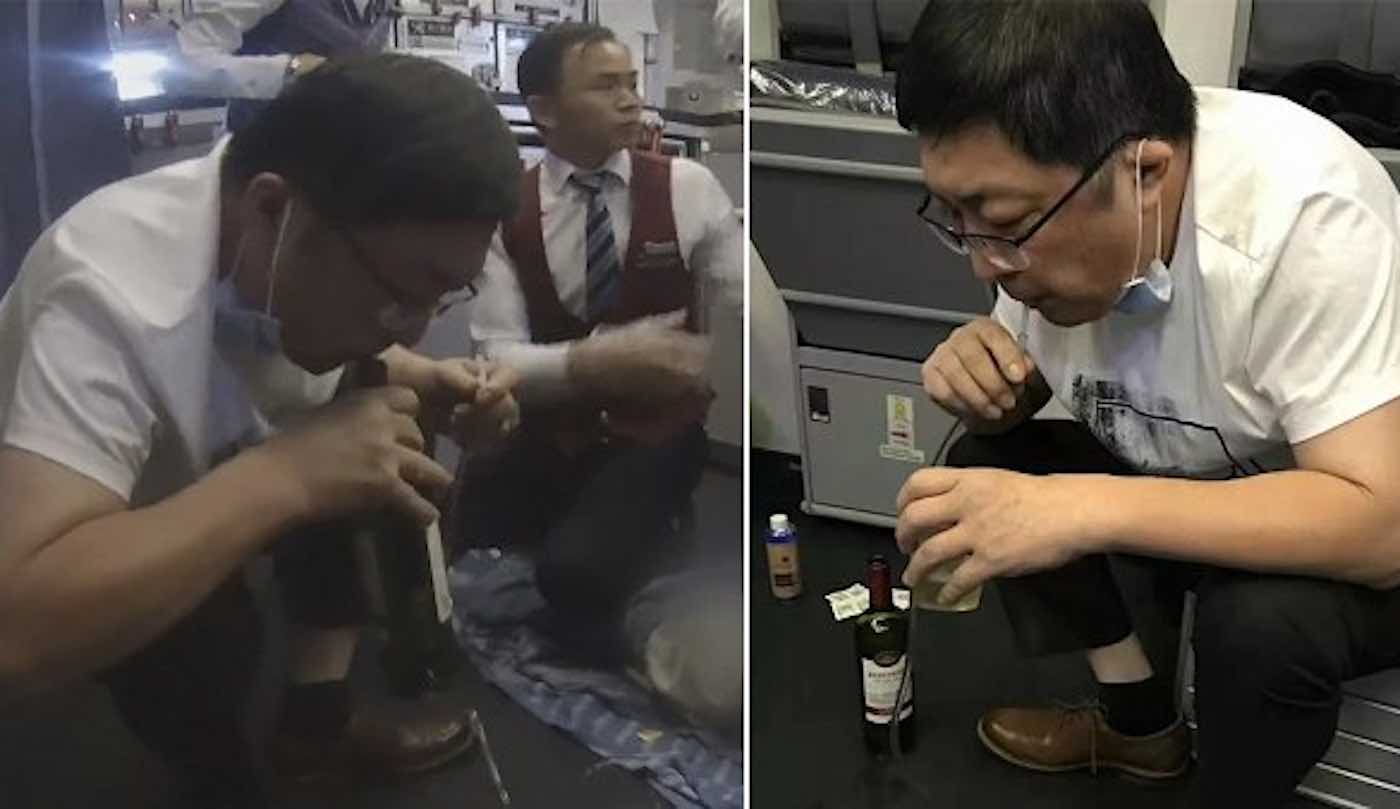 Some people might dislike flying because of the food or lack of leg room—for others, it might be the danger of succumbing to a sudden medical emergency.

Unfortunately for a Chinese man on a 13-hour flight from Guangzhou to New York back in November, that was exactly what he was dealing with.

The unidentified man, who had a history of prostate enlargement, was in severe pain aboard the Boeing 787 on China Southern Flight CZ399 when a quick-thinking doctor stepped in to save the day.

Dr. Zhang Hong was later hailed as a hero after his actions ended up saving the patient from a possibly life-threatening bladder complication.

RELATED: Airman Who Was Traveling to Receive Heroism Award Nonchalantly Saves a Choking Baby on the Way

The plane was still 6 hours away from its destination when Dr. Hong was forced to construct a catheter out of a straw, a syringe, and the plastic tube of an oxygen mask so he could suck 800 milliliters of urine out of the patient’s bladder over the course of 37 harrowing minutes.

“If we had not dealt with the situation in time, the patient’s life would have been at risk,” Dr. Hong, who is head of vascular surgery at the First Affiliated Hospital of Jinan University, told The South China Morning Post.

In the end, Hong downplayed his actions, remarking on how saving lives is in his instincts and so the extreme nature of the intervention never crossed his mind. His first priority was simply figuring out how to draw out the urine and ease the pain of the man who he described as being “hardly able to bear it anymore”.

(WATCH the incredible video below) – Photo by China Southern Airlines

Respect! A #doctor on a flight from Guangzhou to New York uses a makeshift device to suck urine out of an old man’s body when the man is found to be in danger of breaking his #bladder due to inability to urinate. 2 doctors on board help solve the crisis. https://t.co/zQwXU2mOqJ pic.twitter.com/hZJPVXeaqw