Home All News Health When Blueberries and Grapes Are Combined, a Dramatic Decline in Memory Loss... 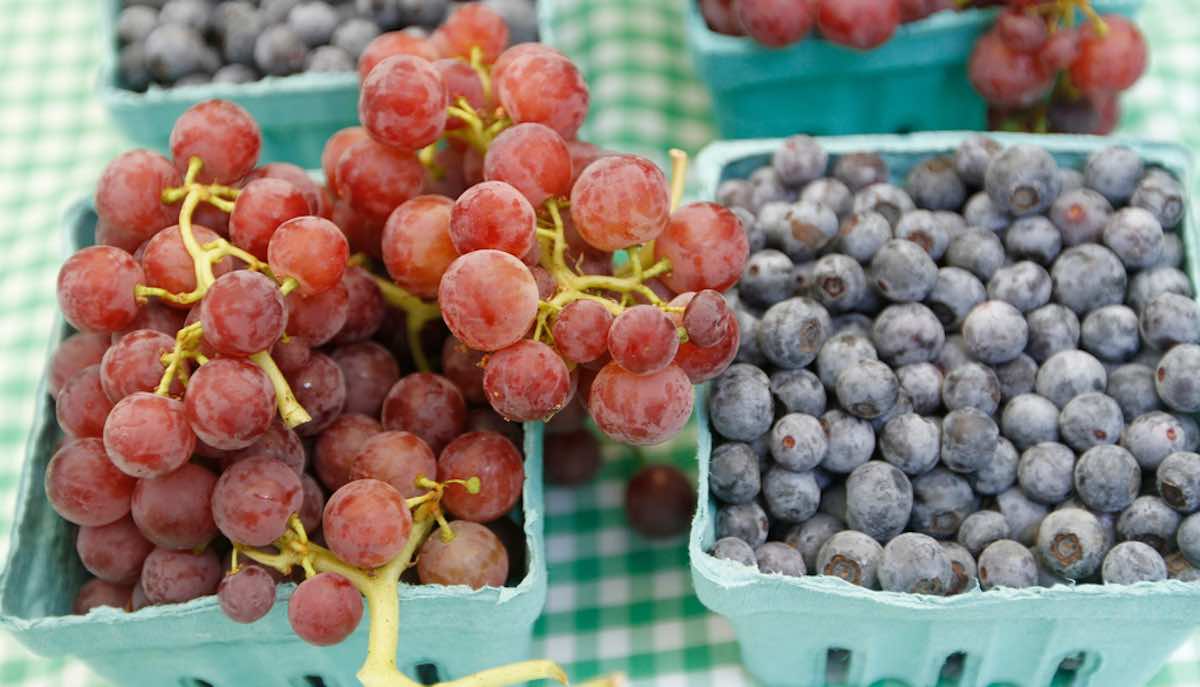 Most people have heard that “an apple a day keeps the doctor away” – but this new body of research suggests that eating grapes and blueberries together can have a dramatic effect on your brain power.

Past scientific studies have indicated that supplementing one’s diet with polyphenol-rich fruits and vegetables such as grapes and acai berries may help forestall age-related physical declines. Exclusively plant-based compounds, they include familiar ones such as tannins and flavonoids.

While the foods individually are a good option for such a purpose, a new study published last month by an international team of researchers from Bordeaux and Quebec gives us new insight into better options.

The team performed a number of randomized, double-blind, placebo-controlled trials that tested memory, spatial recognition, and learning on four separate groups of both young and old mice. Half of the mice in each group received a diet rich in polyphenol extracts from grapes and blueberries, while the other half were given a regular diet.

RELATED: Blueberries May Fend Off Alzheimer’s: It’s All About The Anthocyanins

Over the course of the trials, the research demonstrated that the aged mice fed the polyphenol-rich diet spent far more time examining objects they had never seen before, while ignoring those they had, could remember where the exit was in their swimming pool despite the start point changing each swim session, and lived a longer sharper life in general during the trials. Strikingly, 52% of the mice who were fed the normal diet died before a single mouse had died from the control-diet group.

After the trials, the mice were found with much higher levels of polyphenols in their blood plasma and brains. The data presented exciting conclusions that daily supplementation of blueberry AND grape extract together improved memory and brain function, as well as neurogenesis – the creation and repair of new brain cells – particularly in the hippocampus, as well as neuro-plasticity, a key marker of age-related neuro-decline.

“Although the exact mechanism is difficult to pinpoint, our data provides evidence of both direct and indirect effects on the brain. The well-being of aged people is closely linked to good memory performance and proper brain functioning, which very often deteriorate during aging,” the researchers noted. “Together, the data obtained in this study are in line with the hypothesis that optimized preventive nutrition may promote the maintenance of a satisfactory cognitive state in elderly subjects and may thus prevent or delay dementia, and contribute to healthy aging.”

Protect the Older Generation By Sharing To Social Media – Photo by SupportPDX, CC