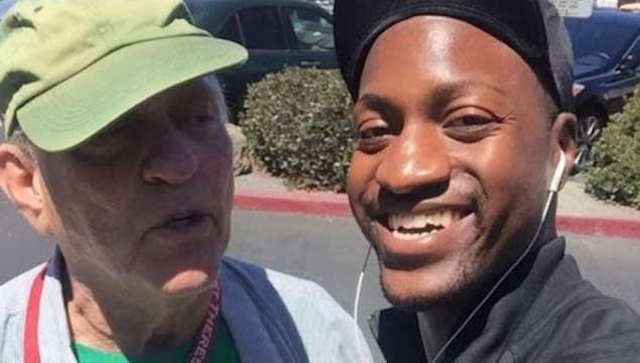 A black California man named Sampson McCormick was left speechless at a market after an elderly white man offered to pay his $20 grocery bill as an apology for racial inequality and police brutality in the country.

When Sampson tried to hand the cashier his money, the man known as Samuel pushed away his cash and insisted on paying.

Before departing, the gentleman gave Sampson a fist bump and stated, “Black lives do matter.”