Home All News Inspiring When Man With Autism Has Violent Reaction to Medication, Mom is Stunned... 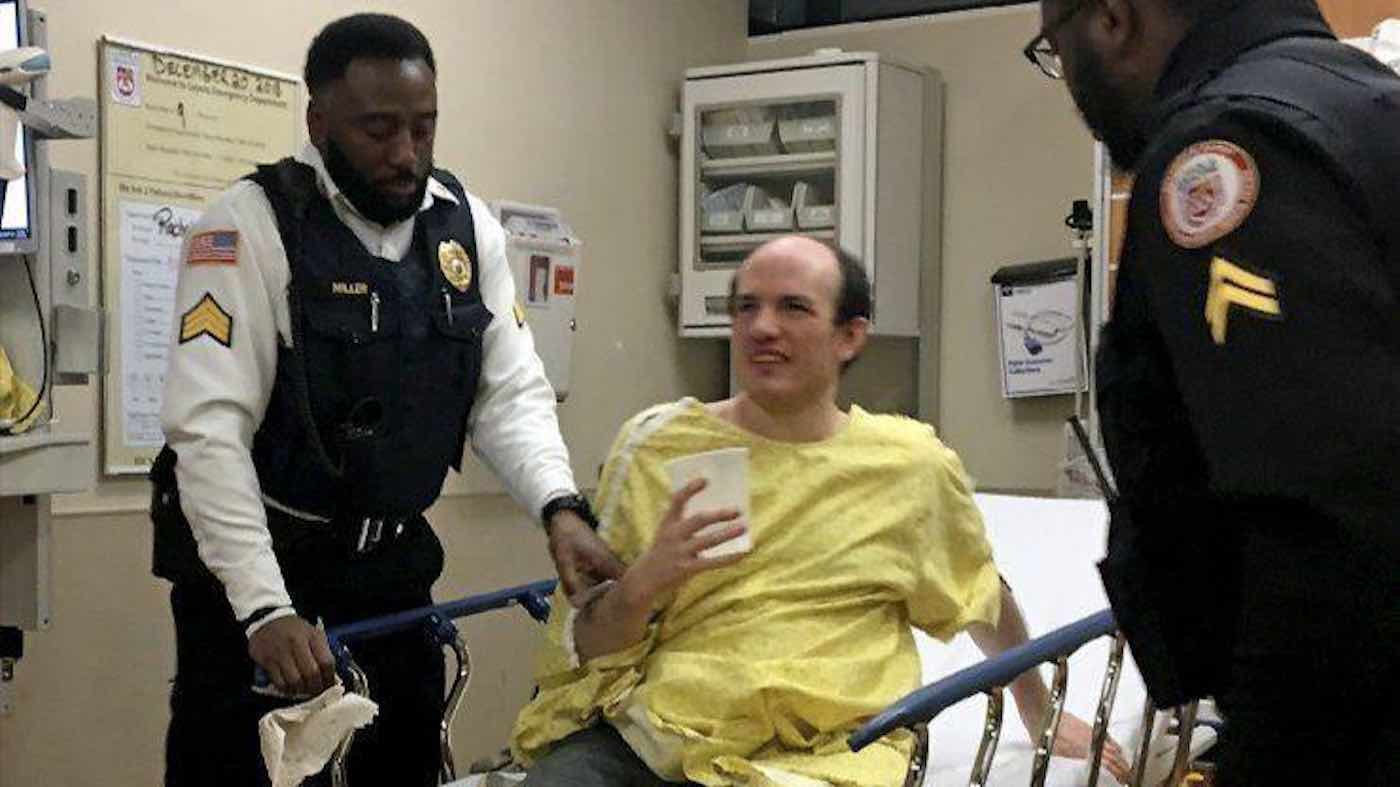 When Ellen Hughes and her husband brought their autistic son to the hospital during a violent adverse behavioral reaction to his medication, they were prepared for a possible backlash; instead, they were heartened by the response of the hospital’s security officers.

Due to his autism, Ellen’s 34-year-old son Walker has spent his entire life in and out of hospitals. Though he is ordinarily a very gentle man, he began reacting violently in a “paradoxical” response to a new medication that was supposed to calm him down.

When Walker uncharacteristically began attacking his parents at home, they spoke to a doctor at Loyola University Medical Center in Chicago, Illinois and they were told to bring their son to the hospital immediately.

Despite their son’s aggression, they managed to get him into the back seat of the car and bring him to Loyola. As they were walking through the facility’s doors, however, Ellen let out a yell in response to Walker biting her hand. They were immediately surrounded by hospital security officers and Ellen feared they would mistreat her son.

In the past, Walker’s aversion to hospital environments has led to him being handcuffed to gurneys and wrestled into submission by hospital staffers – and since the security guards were armed with stun guns and thick, bulletproof vests, she was afraid of how they would handle the situation.

On the contrary, the officers handled the entire situation with encouragement and patience.

Walker spent two and a half hours being treated and medicated on a hospital examination table. For the duration of his hospital stay, the officers comforted Walker by singing songs, dancing, playing games, and cheering him on through his discomfort.

MORE: Police Officer Vaults Over 30-Foot Overpass in Order to Save Suicidal Boy

“Walker loved it,” Ellen told The Chicago Tribune. “He was kind of mystified and charmed and started smiling. They were men his size who considered him a real person… It’s scary to be treated like a lion from the zoo. We’ve been to the doctor and the hospitals a million times, and I’ve never seen anything like these guys.”

The compassionate response is largely thanks to Sgt. Keith Miller, who also has a 14-year-old son with autism. His parenting experience compelled him to train his fellow security officers on how they should properly respond to autistic patients in a humane way—and that training was perfectly on displayed during Walker’s hospital visit.

Miller hopes that such training will be implemented in more hospitals around the world – although Ellen later praised the kind-hearted officers by saying that “you can’t train that kind of spirit.”