Home All News Inspiring Former Child Refugee Finally Gets to Thank Aid Worker for the Life-Changing... 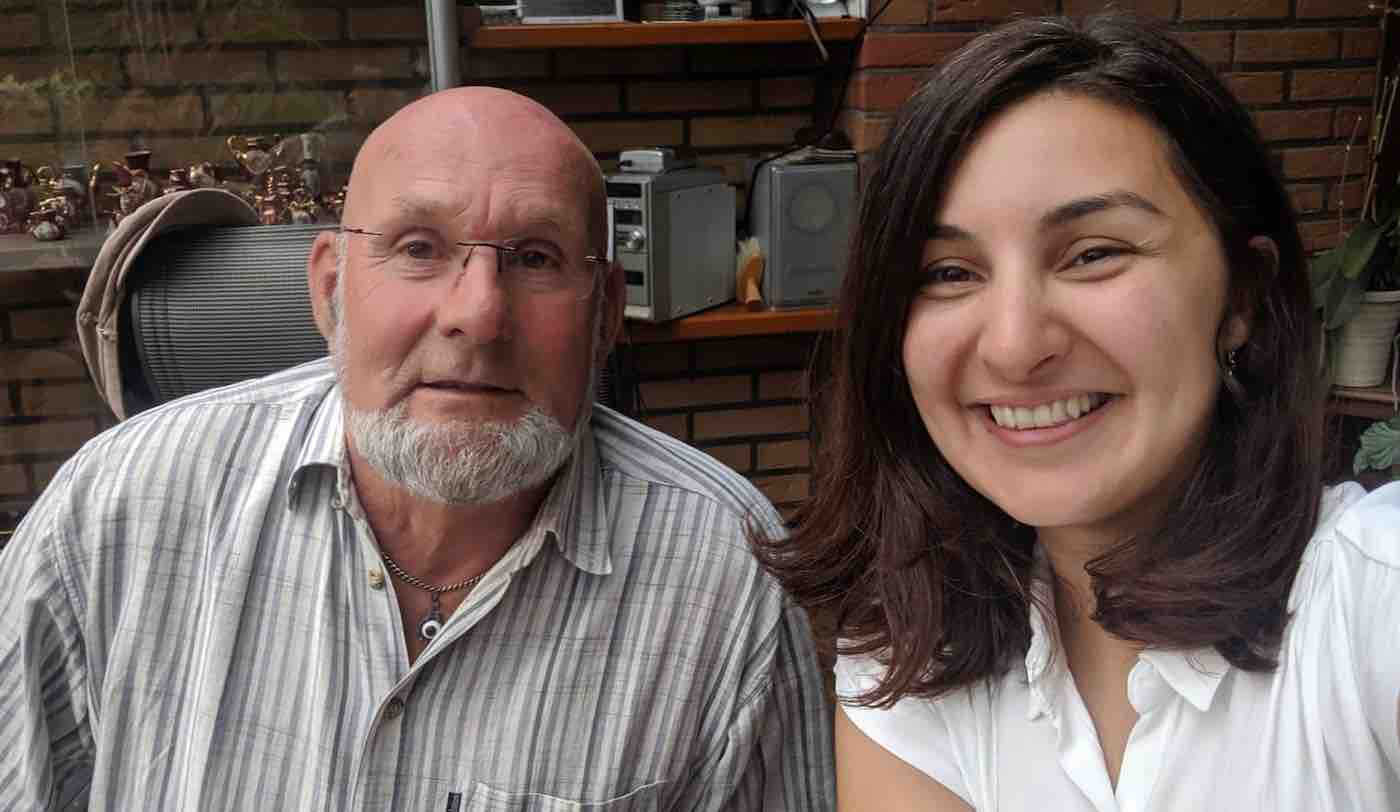 A Dutch humanitarian worker changed her life when she was five, after her family fled war torn Iraq. Recently, she became determined to find the man who presented her with a shiny new red bicycle and transformed her self-worth.

It’s been almost 24 years since he gave Mevan Babakar the gift—and thanks to the power of the internet, she was finally able to thank him for the gift that helped to change her life.

While a new bicycle may not seem particularly special, Babakar had been in a particularly tough spot when she received the gift.

Back in 1991, Babaker and her family had fled northern Iraq in search of sanctuary. They traveled through Russia, Turkey, and Azerbaijan until they finally came to stay at a refugee camp in the town of Zwolle.

Babakar may have only been 5 years old at the time, but she clearly remembers getting to know a Dutch humanitarian worker at the camp named Egbert.

After she and her family were eventually able to resettle in Bergen aan Zee, Egbert later surprised the refugee family by making the 100-mile trip from the refugee camp to their front door so he could give Babakar a brand new red bicycle for Christmas.

“I remember my heart just exploded with joy … I couldn’t believe it was mine,” she recalled in an interview with the UN Refugee Agency. “When someone gives you something better than you deserve, you have to start to reassess what you’re worth.”

After Babakar and her family moved to London, she went on to get a Master’s degree in bio-engineering and pursue her career in the media.

She only recently felt inspired to retrace her history as a Kurdish refugee—and as a part of her personal journey back through her experiences and cultural interactions, she became determined to track down the benefactor who helped to shape her childhood.

There was only one problem: upon arriving back in Zwolle, she realized that she didn’t really know who Egbert was.

“I went to city hall and the local library and asked as many people as I could. Nobody knew much,” says Babakar. “We kind of gave up.”

In a last ditch effort to find Egbert, Babakar tweeted a grainy old photo of the man from the refugee camp and asked her followers for help. She wrote: “Hi internet, this is a longshot, BUT I was a refugee for 5 years in the 90s and this man, who worked at a refugee camp near Zwolle in the Netherlands, out of the kindness of his own heart bought me a bike. My five year old heart exploded with joy. I just want to know his name. Help?”

Hi internet, this is a longshot BUT I was a refugee for 5 yrs in the 90s and this man, who worked at a refugee camp near Zwolle in the Netherlands, out of the kindness of his own heart bought me a bike. My five year old heart exploded with joy. I just want to know his name. Help? pic.twitter.com/XzUgHzllYb

Within hours, social media users put her in touch with Egbert and she was able to reunite with him at his home in Germany.

“Not only did I find him, but I’ve also had other refugees reach out to me and tell me that him and his wife helped them too!” Babakar later wrote on Twitter. “Their kindness has touched so many lives. One woman said: ‘they weren’t friends to me, they were family.’”

This is Egbert. He's been helping refugees since the 90s. He was so happy to see me. He was proud that I'd become a strong and brave woman. He said that was his wish for me when I was small. He grows orchids. He has a beautiful family. He said it felt like I'd never left. pic.twitter.com/WlDWm2seVh

Additionally, Babakar’s Twitter posts put her in touch with another humanitarian worker from the refugee camp: a woman named Sandra who taught her to use a computer for the first time, which put her on track to pursue her career in technology.

“It was wonderful. It was like seeing [relatives] that you hadn’t seen in a very long time,” Babakar told the UNHCR.

Despite finally being able to thank the man for the bike, Babakar says that she was never really thanking him for the bike. “The gift of the bike and those feelings eventually became the value of my own self-worth,” she mused.

Many years later, @MeAndVan managed to trace the man, thanks to the power of social media. pic.twitter.com/tY4sNSBrF1