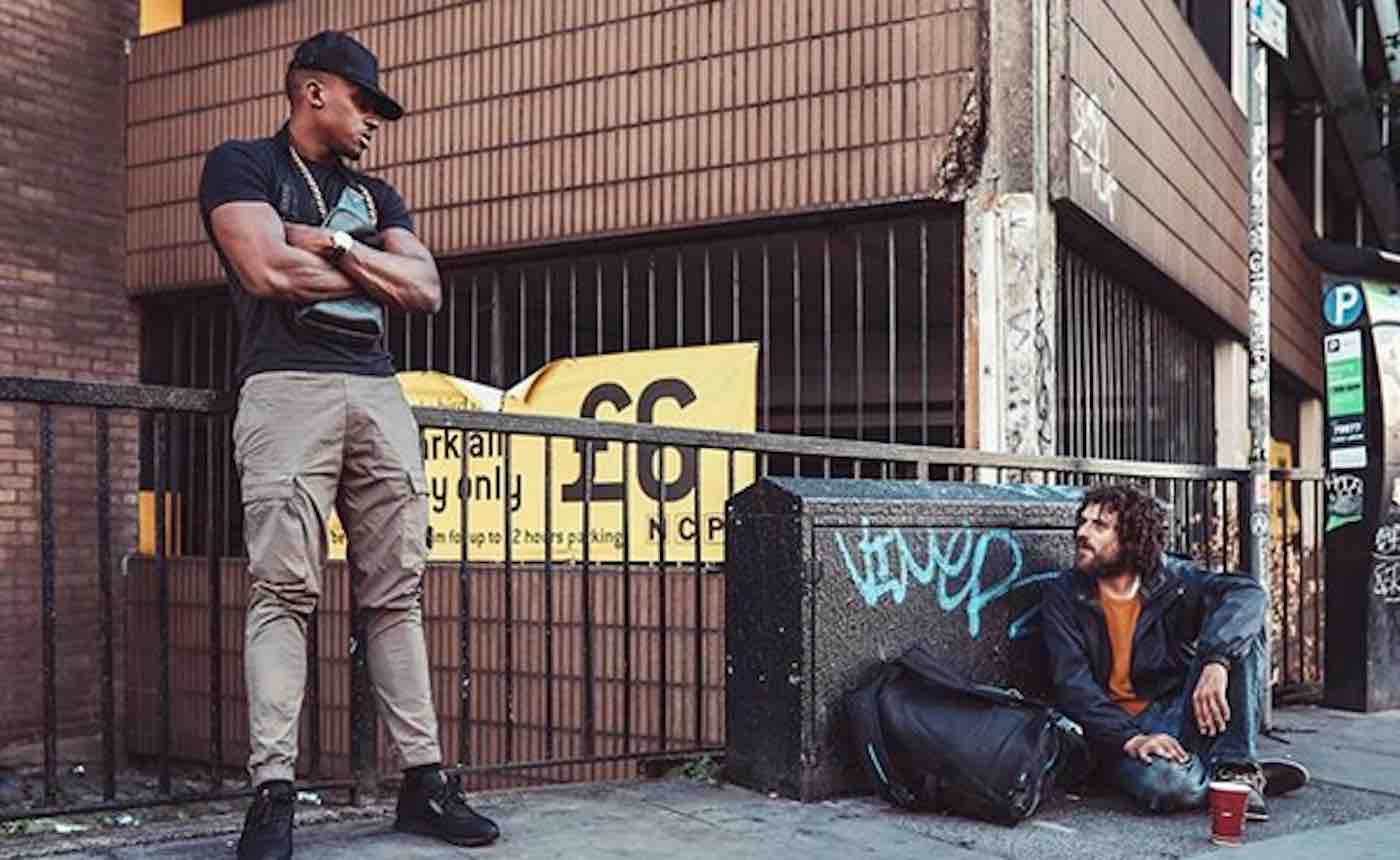 An English rapper’s insistence on paying homeless people to be extras in his music video has resulted in a long-lost family reunion.

Back in August, Manchester-based musician Bugzy Malone was shooting a music video for his song called “Run”.

Instead of recruiting actors for the shoot, however, he wanted to feature some of the city’s rough sleepers as a means of spotlighting homelessness.

“We went out and got proper homeless people. We had a chance to chat [with] them and give them a little something,” Malone told BBC 1Xtra’s DJ Target in the video interview below. “We got proper people off the streets of Manchester in there.”

After the video was published, Malone received an email from a local mother who recognized one of the homeless men as her missing son.

The young man had reportedly been missing for almost a year – and his appearance in the video prompted his mother to go out and find him.

This is an incredible story.

Here's how @BugzyMalone's music video for 'Run' helped to reunite a homeless man in Manchester with his family.

Malone then goes on to say in the interview that the homeless man later ended up in the hospital after trying to commit suicide.

MORE: Metallica Feeds the Hungry on Every Stop of Their World Tour

As the mother was at his bedside, she showed her son all of Malone’s social media posts about the video shoot.

In one post, Malone says: “I’ve been at the bottom, it’s not easy. Homeless or not, you must treat people with respect, rich or poor. People that have struggled are the special ones out here!”

Today we went out and reshot the whole video, I told em I don’t want to pay actors I want to connect with and pay the real people of the streets. I’ve been at the bottom it’s not easy, homeless or not you must treat people with respect rich or poor. People that have struggled are the special ones out ere! Shout out the city that taught me all that I know I will help as much as I possibly can. ?❤️

In another post, Malone can be seen giving some money to the man. The caption reads: “Life might get you down, just do your best not to stay there for too long. My guy was special regardless of his circumstances. You never know what people have been through. Good to meet you my brother.”

RELATED: When Street Musician Offers His Earnings to Homeless Vets, He is Stunned By How They Pay It Forward

The man was so touched by Malone’s kind words, he reunited with his family and committed to getting his life together.

According to Malone, the young man now has a job and a girlfriend – and the rapper says that his hand in the young man’s inspiring tale is easily the highlight of his entire career.

He stood up smiling, picked up his bags and and said “I’m going to go and book myself into a warm hostel for the night” and I swear the feeling was better than when I picked up my Lambo. Life might get you down, just do your best not to stay there for to long. My guy was special regardless of his circumstances, you never know what people have been through. Good to meet you my brother. ?❤️ . . . . Credit: @riadarianemedia