Home All News Inspiring Despite Being Homeless and Illiterate as a Teen, Man Now Makes Thousands... 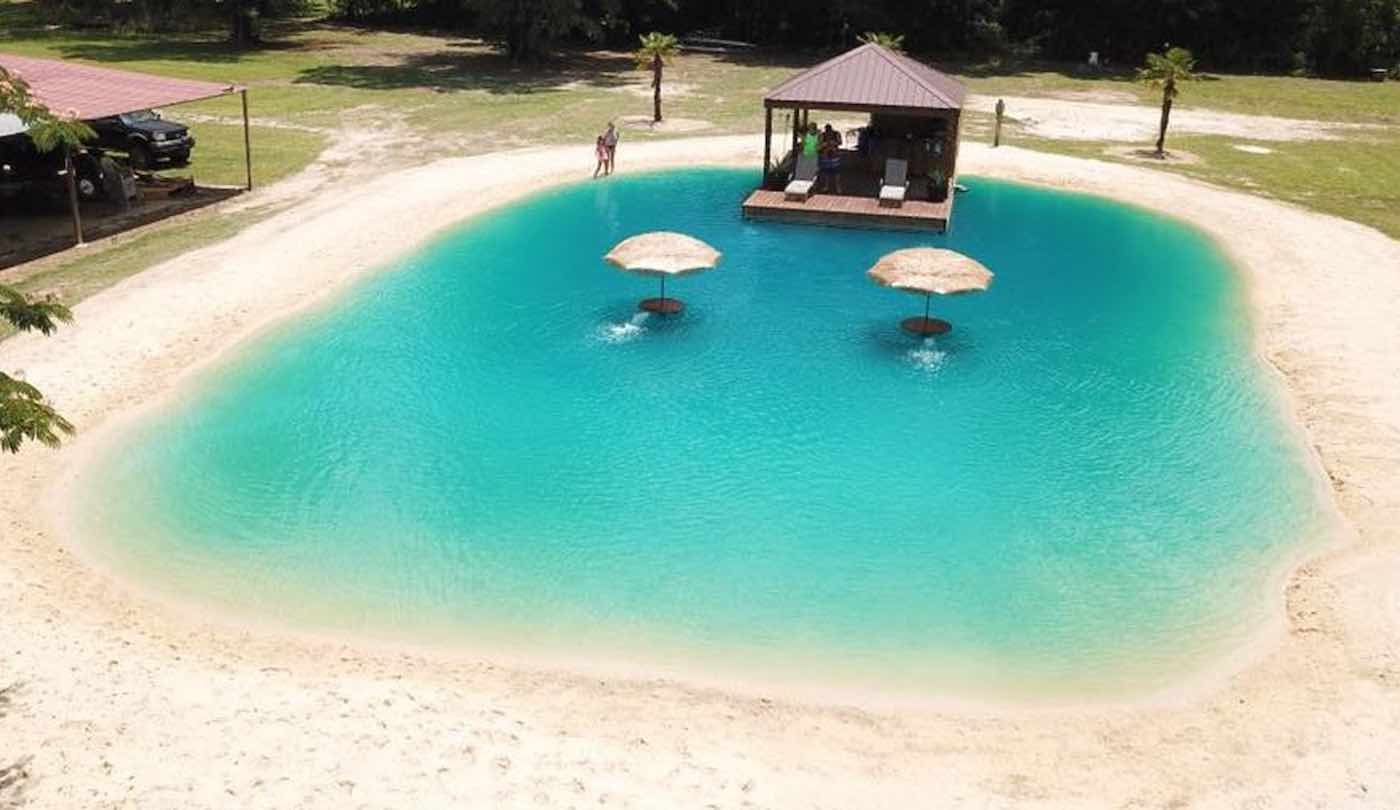 Success rarely comes without struggle – but for people who have worked as hard as Eric White, they know that the reward is worth the rocky road.

White is the 33-year-old mastermind behind Zydeco Construction – a company that will build gorgeous backyard beaches and ponds right on your very own property.

The “swimming ponds”, as White calls them, are actually just blissfully blue swimming pools that are surrounded by sand and equipped with his specially patented water pump.

That being said, the Louisiana construction worker wasn’t always a millionaire pool designer. As a teenager, White was homeless for eight months, and he told The Daily Advertiser that he could only read at a second-grade level when he eventually dropped out of high school.

“Growing up, things weren’t easy for me,” he told the news outlet. “I could hardly even spell my name.”

After he flunked out of school, White worked as a helper for a local construction company so he could make enough money to feed his daughter. He tried making more money by working at a car dealership, but he says he wasn’t cut out for the job.

Construction work, on the other hand, came naturally to him – so when his father tipped him off to a construction company that was looking for new employees in Baton Rouge, he jumped at the opportunity.

“The guy that I worked for there took me under his wing and taught me about the company,” recalled White. “Within the first six months, I was managing the team.

“From there, I went to another company that offered more money, then I started my own company, a pool business called Cool Pools. That business did very well, and last year, I sold it for over a million.”

White now runs Zydeco Construction out of southern Louisiana as a “labor of love” with which he can keep himself busy and give free reign to his creativity.

Though he says that his backyard beaches cost several thousand dollars to build, no two creations are ever the same – and each one is a pond-like paradise.

(WATCH the drone footage of the backyard beach below)