Home All News USA These Holiday ‘Giving Machines’ Allow Users to Donate to People in Need... 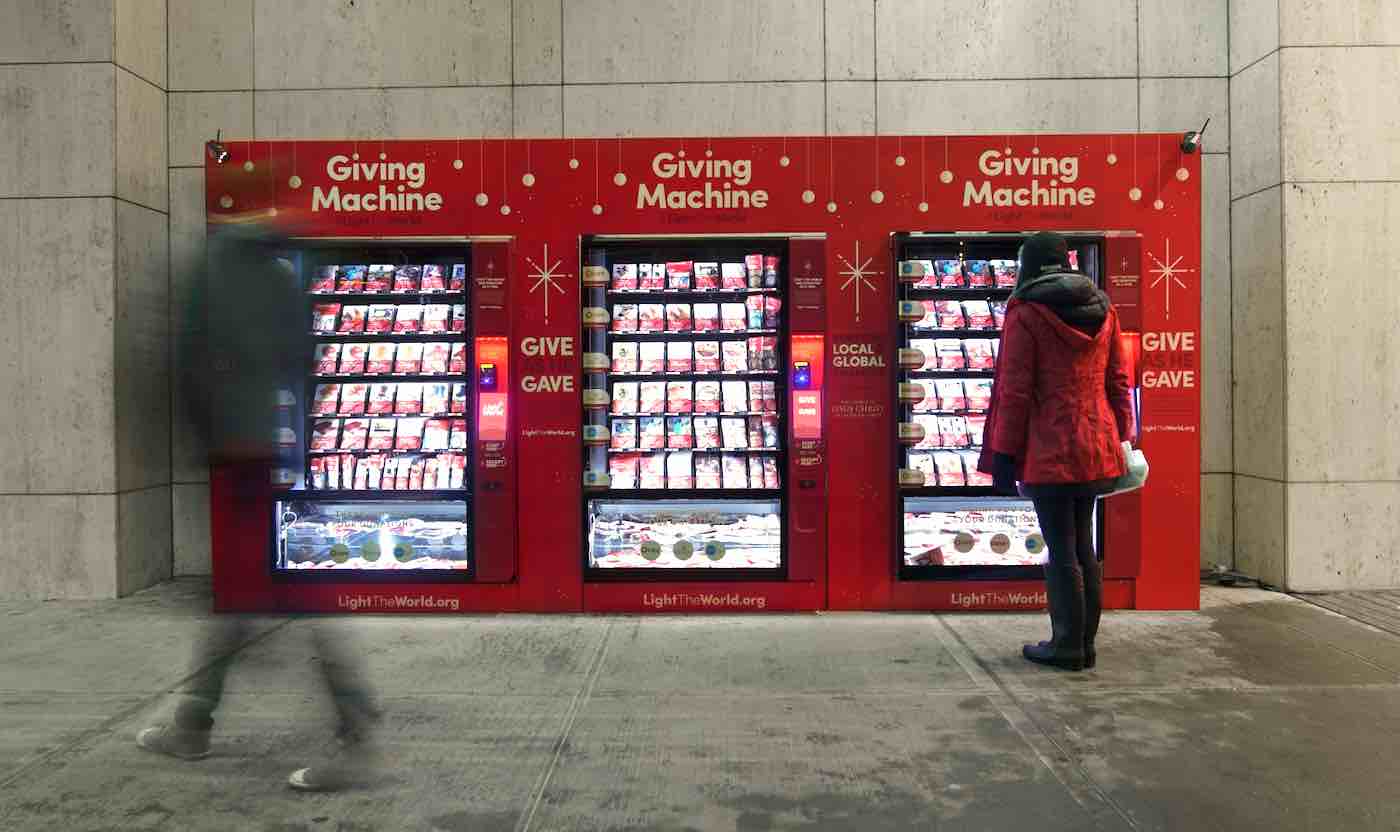 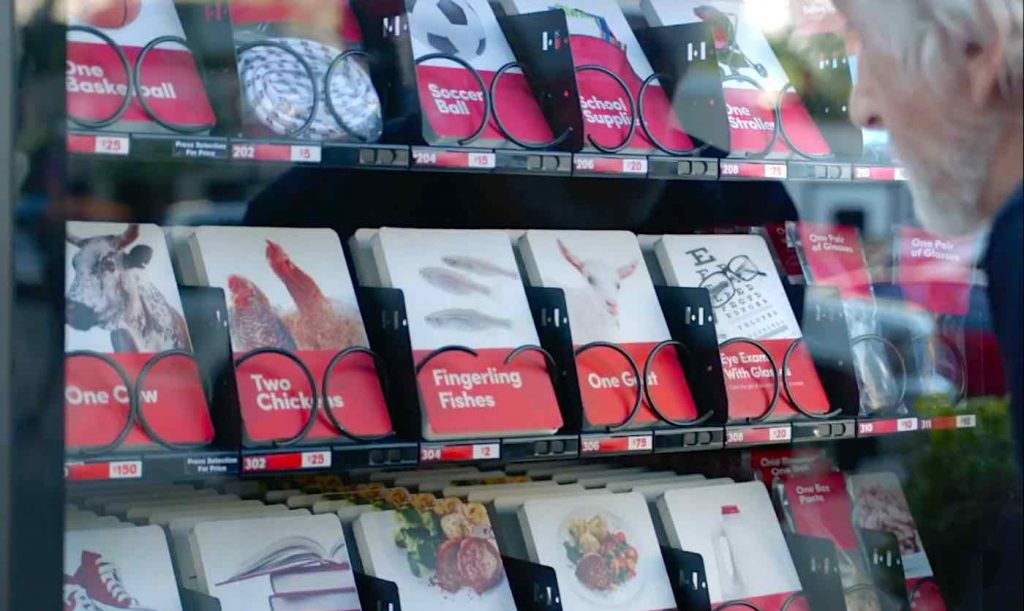 This may look like an ordinary vending machine, but it is actually designed to give so much more than just a snack or soda.

This “Giving Machine” allows users to donate essential items to local and international charities with just a swipe of their card. Instead of dispensing candy bars, the machine has a variety of charitable options, such as donating a dozen meals to a local homeless shelter; supplying an underprivileged school with textbooks; and even gifting a pair of chickens to a family on the other side of the world.

There are only ten of these machines currently functioning in the world. This one in particular was unveiled in Denver, Colorado last week.

The machine will be stationed in Writer’s Square downtown until January 1st.

The machines were launched by the Church of Jesus Christ of Latter-day Saints as a part of their #LightTheWorld campaign to encourage people to give during the holiday season. The other machines have been stationed everywhere from Hawaii and Salt Lake City to London and the Philippines.

“These Giving Machines are an example of the big things that can happen when many people give just a little,” said Sister Bonnie H. Cordon from the organization. “That is what it means to ‘Light the World’ one by one—when we each give what we can offer, our little light adds to a brightness of hope.”

This is the third year for the Giving Machines, which raised more than $2.3 million in 2018 for local and global charities. Total donations for 2019 will be continuously updated throughout the season and will be available on the Light the World website.