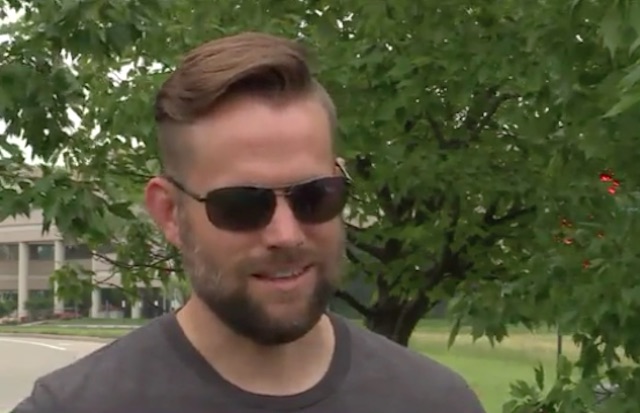 Memorial Day weekend isn’t all just about barbecues and beach parties – it’s also about honoring service members who have fought for the values of our country.

That’s why Josh Rainey didn’t mind spending a couple hundred bucks on a young service member trying to get home to see his family.

Keaton Tilson, after being stationed in Fort Hood, Texas, was given permission at the very last minute to fly home to Granite City, Illinois and see his family for Memorial Day weekend. But after spending two days at the airport attempting to wait for a seat on standby, the Army mechanic was starting to lose hope.

When Josh overheard his story at the airport, however, he offered to give his ticket to Keaton. The airport staff explained that their policy prevented people from exchanging tickets, but Josh didn’t give up. He then called his wife, who agreed that they should buy a ticket for the young man themselves.

The ticket, which cost $341, was a small price to pay for the heartfelt hug, the memory of which will last Josh a lifetime.

“He walked away and came back and asked if he could hug me, and I think we both had to fight back the tears after that,” Rainey told KTVI.  “It was pennies, pennies on the dollar compared to what I got back from that hug.”