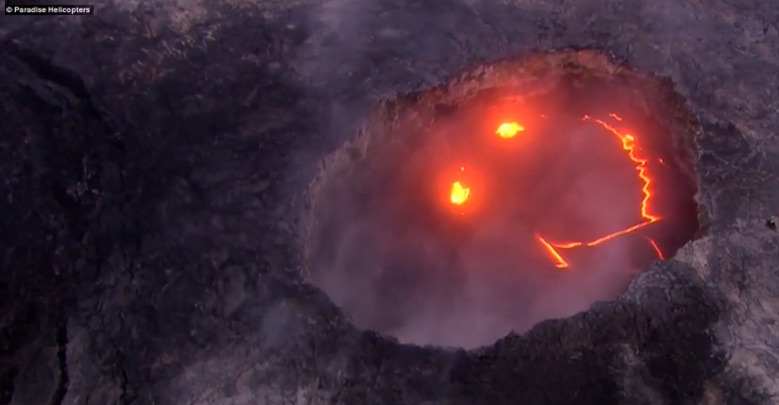 A volcano in Hawaii broke into a “smiley face” last week as its slow moving lava flow finally reached the ocean.

The Kilauea volcano, active since 1983, has been dribbling toward the sea since May, according to CNN, and offered a helicopter film crew the perfect photo to mark the occasion.

The 6.5 mile-long lava flow is now cooling in the waters of the Pacific, and turning to rock, making the biggest island in Hawaii even bigger.

This ring of fire isn’t the only place in the universe to deliver a grin. A much colder spot, on Mars, is also beaming a happy face.

The much bigger grin was discovered by NASA in 1999, when the Mars Orbiter Camera captured a smiling crater on there Red Planet. The Galle Crater, nicknamed the “Happy Face Crater” crater, has a diameter of about 134 miles (215 kilometers). 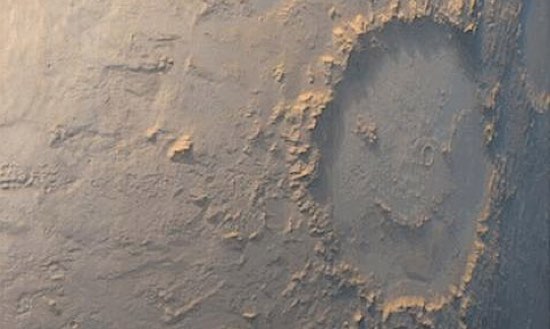 (WATCH the video below courtesy of Paradise Helicopters)

SEND a Bright Smile to Your Friends…