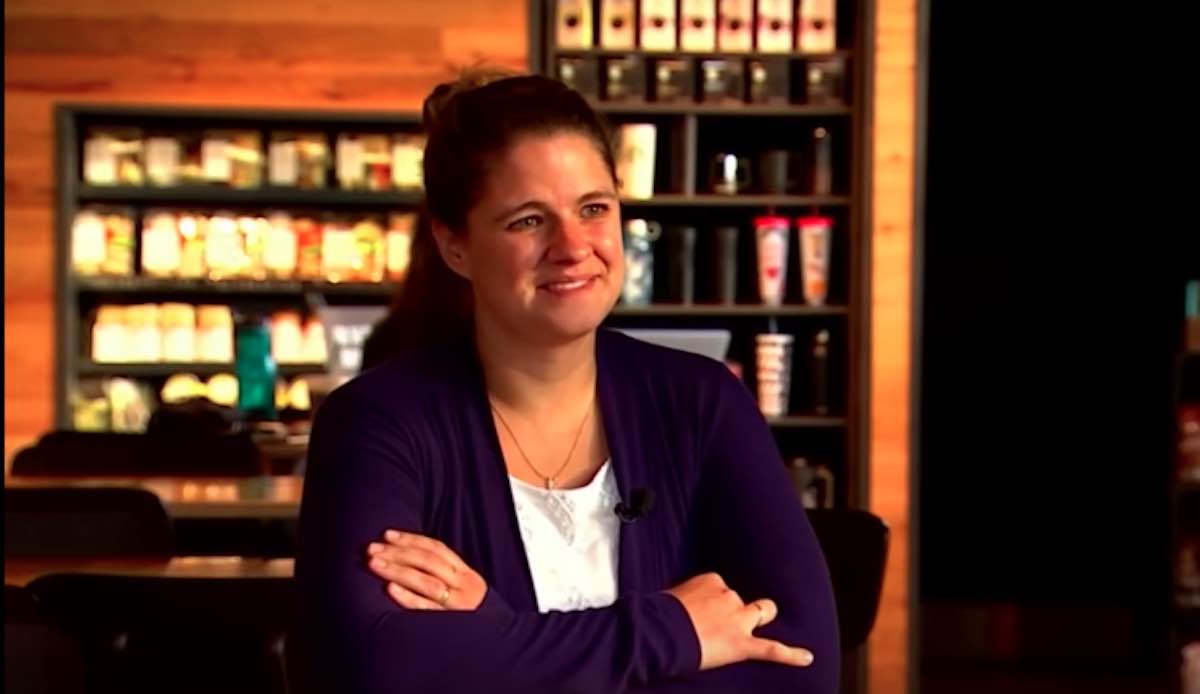 Most people don’t take too kindly to being yelled at in an argument – but this heated discussion had an unexpected happy ending.

Ken Wallace regularly goes to the Starbucks in Nashville, Tennessee to grade papers and enjoy the soothing atmosphere. One morning when he went to the café, however, he noticed that something was wrong.

A black man was in the store’s parking lot yelling at Leonessa Ward, the general manager of the Starbucks.

“I had reports that he was asking of money, and so when I went out there, I asked him, ‘Hey sir, are you asking our customers for money?’ At that point, he became very upset with me,” Ward told WSMV.

The man said that he had locked his keys in his car and he did not have the money to hire a locksmith. He was upset because he didn’t want people to think that he was “out there begging for money like a vagrant.”

Wallace, who is also a black man, approached the duo in hopes that he could help to mediate the argument and ease the tensions, especially in light of what happened at a Starbucks earlier this summer – but what occurred next surprised everyone.

Amidst the confrontation, Ward went inside to call upper management to ask how to handle the situation.

CHECK OUT: Instead of Money for Themselves, Black Men Unjustly Arrested at Starbucks Arrange Grant for City’s Youth

“She came out and said to him, ‘I’ve gotten permission from corporate, we’ll pay to open your car,” Wallace recalled. “‘We just want you to know, if you think we’re attacking you, we’re not.’ She distinctly said, I’ll never forget these words – ‘that’s not who we are.’ He just looked down and wiped his eyes and (said), ‘Ma’am, if you would allow me the opportunity to compose myself, I’d like to come inside and apologize to the lady that I yelled at.’”

The general manager then bought the man breakfast and chatted with him for 30 minutes before hugging the man, calling him a friend, and saying that he was free to come back any time.

Wallace called it one of the most powerful experiences of his life.

“You are only going to move misconceptions away it you get together and get to know one another and interact with one another,” said Wallace.