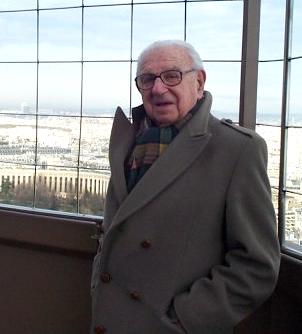 “I was told that my sister and I were going to be sent to England. I was only 9 and not aware of the situation. A lot of us thought it was an adventure. We didn’t know what was happening.”

Here’s what happened. Milena Grenfell-Baines and 668 other mostly Jewish children were transported from Czechoslovakia to England in order to save their lives before the outbreak of WWII.

The man who made this possible was Sir Nicholas Winton. In 1939, Winton, at the time a 29-year-old stockbroker, spent nights and weekends organizing logistics, raising money and cutting through red tape to get children out of Czechoslavakia.

Winton, an ordinary person who made an extraordinary difference, was given an opportunity to experience the full emotional effect of his actions when he found himself in front of a TV studio audience filled with the people he had helped.