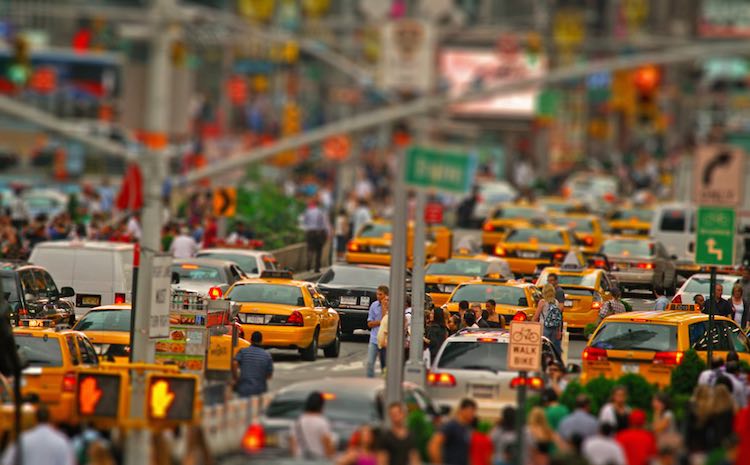 Most of us are living on the fast track these days: talking fast, eating fast, driving fast, and generally moving fast. What a different state of life this is from just 20 years ago. We even pressure ourselves to keep busy during leisure hours. We want to do everything, and we want to do it all at once.

The people I counsel around the world are experiencing this because they live in, what I refer to as, a “spin-cycle lifestyle.”

The more we rush around in this epidemic of busyness, without keeping our lives in perspective and balance, the less time we take to be kind toward others – and ourselves.

But some people do take the time, and their gestures of compassion can significantly affect people and situations that are whirling around them.

Witness One Woman’s Kindness at the Airport

One such gesture I witnessed recently at the airport. I was leaving Portland, Oregon to fly to Los Angeles. Because of stormy weather, most of the flights were delayed, and some were canceled. As they announced the final boarding for my flight, I noticed a harried man running up to the counter with his briefcase in one hand and his ticket in the other. The ticket agent said that unfortunately his seat had been given away on the overbooked flight. 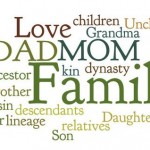 How a Password Changed One Man’s Life For the Better

Everyone in the terminal could hear the extent of his frustration. He had an important meeting in Los Angeles, and he had to get there. I couldn’t help but feel bad for him, because I’ve been in similar situations where I couldn’t afford to miss a flight.

All of the sudden, a woman in her seventies walked up to the angry man and said that she wasn’t in a hurry and would be happy to give him her seat. As you can imagine, the man stopped right in his tracks and looked as if he was about to cry. He apologized to her, to the ticket agent, and to everyone around for his behavior, and thanked the woman for being an angel in his life. He boarded the flight smiling and relieved.

The man never knew it, of course, but the airline got her on another flight just three hours later and also gave her a free, first-class, round-trip ticket to any destination served by the company. Her example shows us how joy can be our constant companion when we walk a path of love and kindness.

There are a few simple ways we can slow down our daily pace and make conscious choices to be kinder and more compassionate toward our fellow humans, and maybe become someone’s angel.

Getting a mere six hours (or less) of sleep each night can make you feel more stressed, depressed, and impatient, as well as increases your blood pressure, and makes you more irritable. It’s hard to feel compassionate when you are just trying to get through the day with a short fuse and not enough time to accomplish all you need to do. Research has shown that when you get more sleep on a regular basis, your stress level abates and you become a more compassionate person.

Here’s one simple way to meditate: find a special, quiet space in your home. Spend at least 15 minutes there first thing in the morning (and if you can fit in a second session, also do this before going to bed). Sit and close your eyes and focus on your breathing. Inhale and exhale slowly and deeply, focusing on the sound and rhythm of your breathing. Mentally visualize peace and calmness. By doing this your day will start and end on a stress-free note, and you will feel calmer and more compassionate. 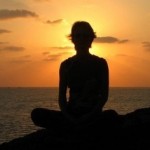 What you eat affects your mood. If you want to be kinder and more compassionate, eschew foods made with white sugar and white flour and avoid foods made with artificial flavorings, colorings, and preservatives. Focus on a plant-heavy diet full of foods as close to the way nature made them as possible; these are the foods teeming with antioxidants, nutrients, and fiber. I also take spirulina, a natural superfood supplement, daily. Spirulina grown in Hawaii has over 50 nutrients and trace elements that supports energy, immunity, cardiovascular health, brain health, and more. 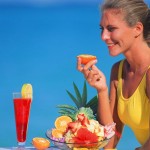 Mens sana in corpore sano is a Latin aphorism, usually translated as “A sound mind in a sound body.” In a four-year study on 200 people, Dr. Malcolm Carruthers found that most people could ban the blues with a simple but vigorous 10-minute exercise session three times a week. He found that just 10 minutes of exercise doubles the level of norepinephrine in the body, a chemical key to happiness. It was also discovered in another study that people became more compassionate after exercising outdoors as opposed to indoors.

Here’s a simple and inexpensive way to become more compassionate: view a photo or an image of a nature scene. You can put it in your home or office and look at it a few times a day. In one study, it was revealed that those people who spent a few minutes a day viewing images of nature, especially expansive views of nature such as an ocean scene or the mountains, became more compassionate. Even better than viewing images of nature is being outdoors in nature and experiencing it firsthand. When you have the choice, exercise outdoors: take a hike in the mountains, walk in your local park, enjoy a brisk walk on the beach, or ride your bike.

When we invite kindness to be our default position each day and seize the moments to extend compassion, our daily path in life will be brimming with light and joy.

Susan Smith Jones, PhD is an expert in the fields of holistic health, anti-aging, and human potential. For 30 years, she taught health and fitness classes at UCLA and is the author of 27 books, including Walking on Air: Your 30-Day Inside and Out Rejuvenation Makeover, Joy Factor, The: 10 Sacred Practices for Radiant Health and Recipes for Health Bliss: Using NatureFoods & Lifestyle Choices to Rejuvenate Your Body & Life, and she is a regular guest on radio and TV talk shows. Visit SusanSmithJones.com to get two FREE e-Books, and to sign up for her monthly motivational letters.

Be Kind Enough To Take The Time To Share This Story: