Home All News Inspiring Inspired By 6-Year-old’s Kindness, a 43-Foot Bridge is Donated to Flood-Affected Nebraska... 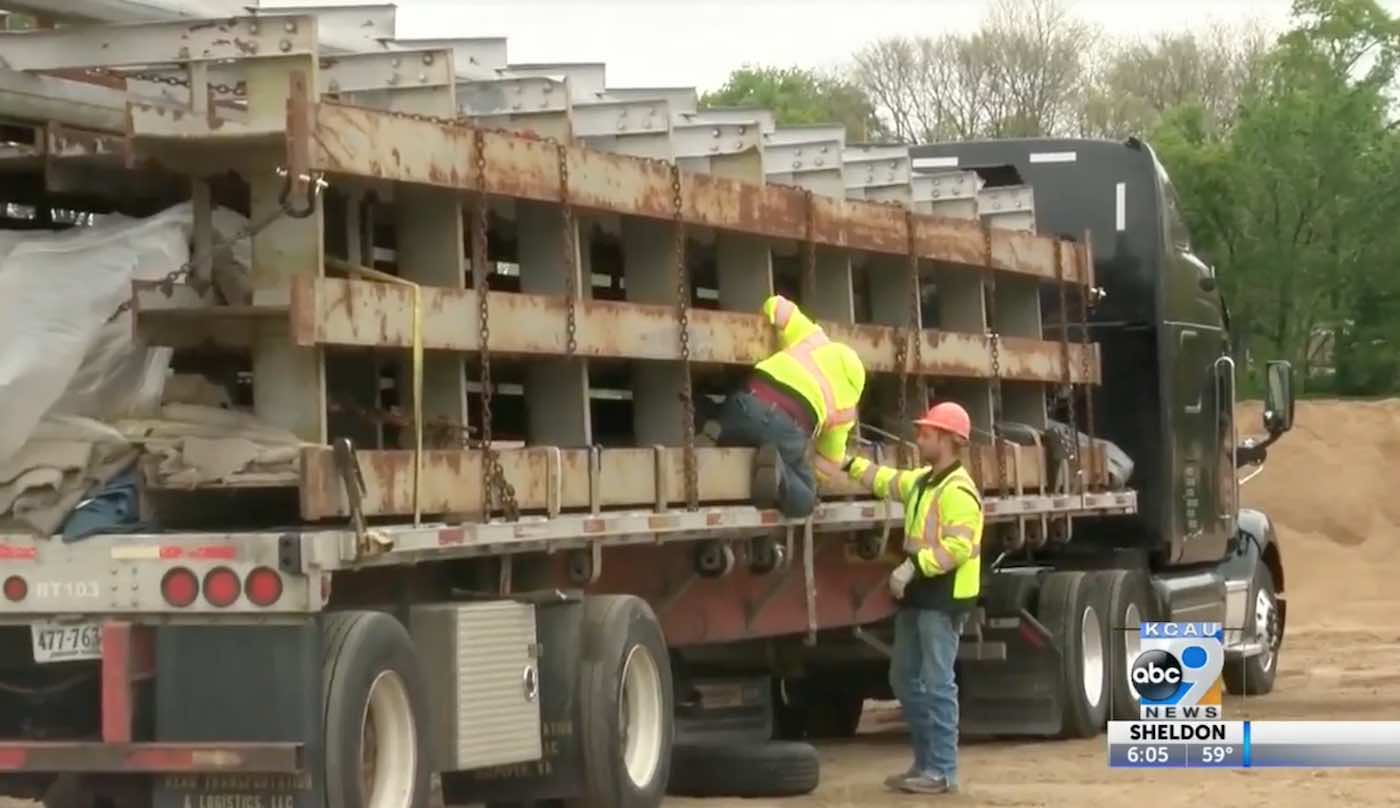 A 6-year-old’s concern for the people of Nebraska has led to a charming chain of good deeds to benefit the flood-affected state.

Little Kai Baldwin had been watching the news with his mother back in March when he first learned about how floodwaters had damaged some of the state’s infrastructure.

Despite the fact that the boy lives in Vernal, Utah, he could barely keep himself from crying over the reports. “How will they get home and save their animals without a bridge?” he asked his mom. “We have to send them our money!”

At the time, Kai believed that a new bridge would cost about $60 – but unfortunately, he only had $3.21 in his bank account.

RELATED: Woman Buys Out Entire Shoe Store So She Can Donate 204 Pairs to Nebraska Flood Victims

Nevertheless, the boy’s mother encouraged him to follow his passion and ask his neighbors for additional donations. Kai then went door-to-door, asking people for money. Thanks to an additional Facebook fundraiser that was set up by his mom, the determined youngster raised $285.28.

Kai then wrote a check to the Nebraska Farm Bureau Disaster Relief Fund and tucked it inside of a card that read “Dear Nebraska, I’m sorry you got flooded…”

Meanwhile in Virginia, Jesse Wise heard about Kai’s act of kindness and felt inspired to help.

LOOK: After Exhausting Day of Hard Work, Two Friends Find Fridge Full of Cold Beers in the Middle of a Field

In addition to working as a farmer in Culpepper, he also runs a scrap metal recycling business – and as fate would have it, he had just taken down a perfectly good 43-foot bridge for a client that would be perfect for Nebraska.

“I knew people were hauling hay to Nebraska; I didn’t have enough hay to share, but I wanted to help. So, I wondered if Nebraska could use the bridge we scrapped,” said Wise.

“Believe me, I had a lot of dead silence on the phone as I tried to find the bridge a home,” Wise laughed. “It’s not every day you get a call saying; ‘I have a bridge for you, can you use it?’”

Wise eventually managed to get in contact with Cedar County Commissioner Craig Bartels, who lives near Belden, Nebraska.

“About 10 days after the flooding, I got this call from a Farm Bureau rep who said a bridge had been donated and did we want it?” Bartels told Omaha.com. “I thought about it for about 10 seconds and said, ‘Yeah, we’ll take it.’”

CHECK OUT: Farmers Stay Silent During Auction So Young Man Can Win the Bid on His Long-Lost Family Farm

Though it was not an easy effort to move the bridge halfway across the country, the Virginia farmer split the expenses with Read Transportation – and after traveling 1,000 miles, the bridge arrived in Cedar County earlier this week.

Bartels says that he is not yet sure how the bridge will be put to use, but he says his construction team will “make it work”. The bridge’s components may be used to repair several county fixtures or it may be divided into two separate new bridges.

(WATCH the news coverage below) – Photo by KCAU

Don’t Let This Sweet Story Be Water Under The Bridge: Share It With Your Friends On Social Media…