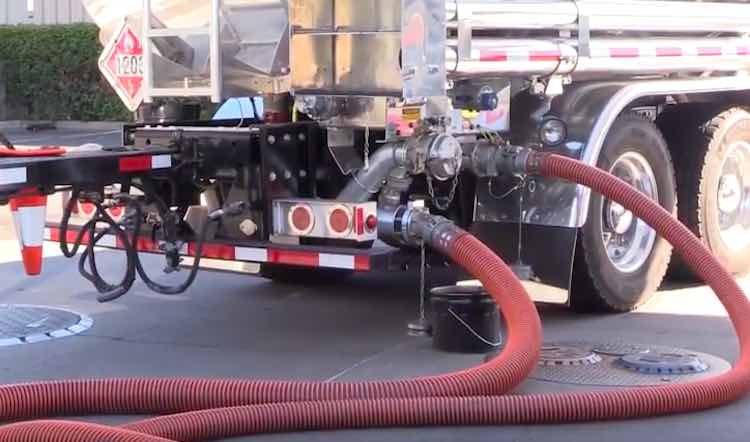 One of the biggest inconveniences of owning an electric or hybrid vehicle is how long it takes to recharge the batteries. Depending on the size of the battery and the speed of the recharging station, powering up a sustainable vehicle can take anywhere from 30 minutes to 12 hours.

Now, however, thanks to the latest technology from Purdue University, recharging your battery can be as simple as filling up a gas tank.

John Cushman and a team of researchers developed the IF-battery: an instantly rechargeable battery that is safe, affordable, and environmentally friendly.

“Electric and hybrid vehicle sales are growing worldwide and the popularity of companies like Tesla is incredible, but there continues to be strong challenges for industry and consumers of electric or hybrid cars,” said Cushman, who led the research team. “The biggest challenge for the industry is to extend the life of a battery’s charge and the infrastructure needed to actually charge the vehicle. The greatest hurdle for drivers is the time commitment to keeping their cars fully charged.”

“Designing and building enough of these recharging stations requires massive infrastructure development, which means the energy distribution and storage system is being rebuilt at tremendous cost to accommodate the need for continual local battery recharge,” said Eric Nauman, co-founder of If-battery. “If-battery is developing an energy storage system that would enable drivers to fill up their electric or hybrid vehicles with fluid electrolytes to re-energize spent battery fluids much like refueling their gas tanks.”

RELATED: All Cars Sold in Norway to be Electric by 2025

As opposed to burning gasoline, the used battery fluids that power the battery can simply be transported to a solar or wind farm in order to be recharged.

According to the researchers, flow batteries have already existed for some time – however, the If-battery is the first power source to eliminate the use of membranes. Membrane flow batteries are notorious for causing fires, as well as having shorter life spans.

“Membrane fouling can limit the number of recharge cycles and is a known contributor to many battery fires,” Cushman said. “If-battery’s components are safe enough to be stored in a family home, are stable enough to meet major production and distribution requirements and are cost effective.”