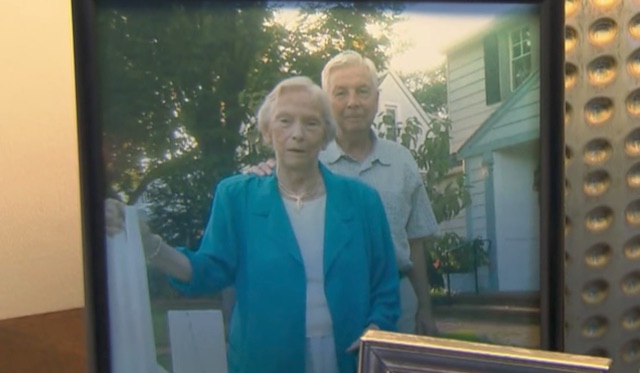 Throughout history, people have debated over whether it’s possible to receive signs from the afterlife — but after witnessing a mysterious glitch on his iPhone three days after his mom died, even an investigative reporter has become a believer.

Brad Brown is a retired journalist who used to work with The Washington Post and WTOL-TV in Toledo, Ohio. He also happens to be the son of Janet Brown, who was reportedly one of the most highly-ranked women working at the Pentagon before she passed away in February 2017.

As Brad grieved the death of his mother and started making funeral arrangements, he was surprised to receive a strange sign through his iPhone mail app.

WATCH: Mom Brought To Tears When Wild Bird Comforts Her at Son’s Grave

When he tried to check his email, Brad’s screen only showed a cloudy image of a photo that was stored somewhere on his phone – a photo of his mother Janet.

Janet was buried earlier this week in a military ceremony at Arlington Cemetery, but three months later her fuzzy photo still lingers in the background of Brad’s mail app.

Apple experts were apparently stumped by how the image appeared in such a weird way, but they all agreed on one thing: they wouldn’t want to fix such a special glitch, even if they could.

(WATCH the Steve Hartman video below, or at CBS News)