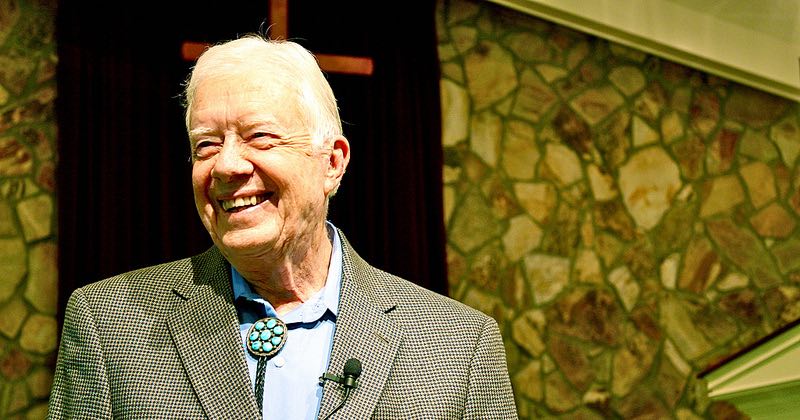 Jimmy Carter has some great news to put in his Christmas card this year… he’s cancer free.

The 91-year-old former U.S. president made the announcement at the start of a Sunday school class he was teaching at Maranatha Baptist Church in his hometown of Plains, Georgia. The announcement was met with applause from the class members.

“My most recent MRI brain scan did not reveal any signs of the original cancer spots nor any new ones,” Carter said in a statement later in the day. He says he’ll continue immunotherapy treatments every three weeks.

Doctors found several spots of cancer on Carter’s brain in August, but all were gone in his latest scan last week. The diagnosis and treatments failed to slow the former president’s schedule as he kept up his annual Habitat for Humanity house building mission recently in Memphis, Tennessee and other responsibilities with his nonprofit Carter Center, which works for world peace and the eradication of disease.