Home All News Animals Last Performing Circus Elephant of Chile is Rescued and Moved to New... 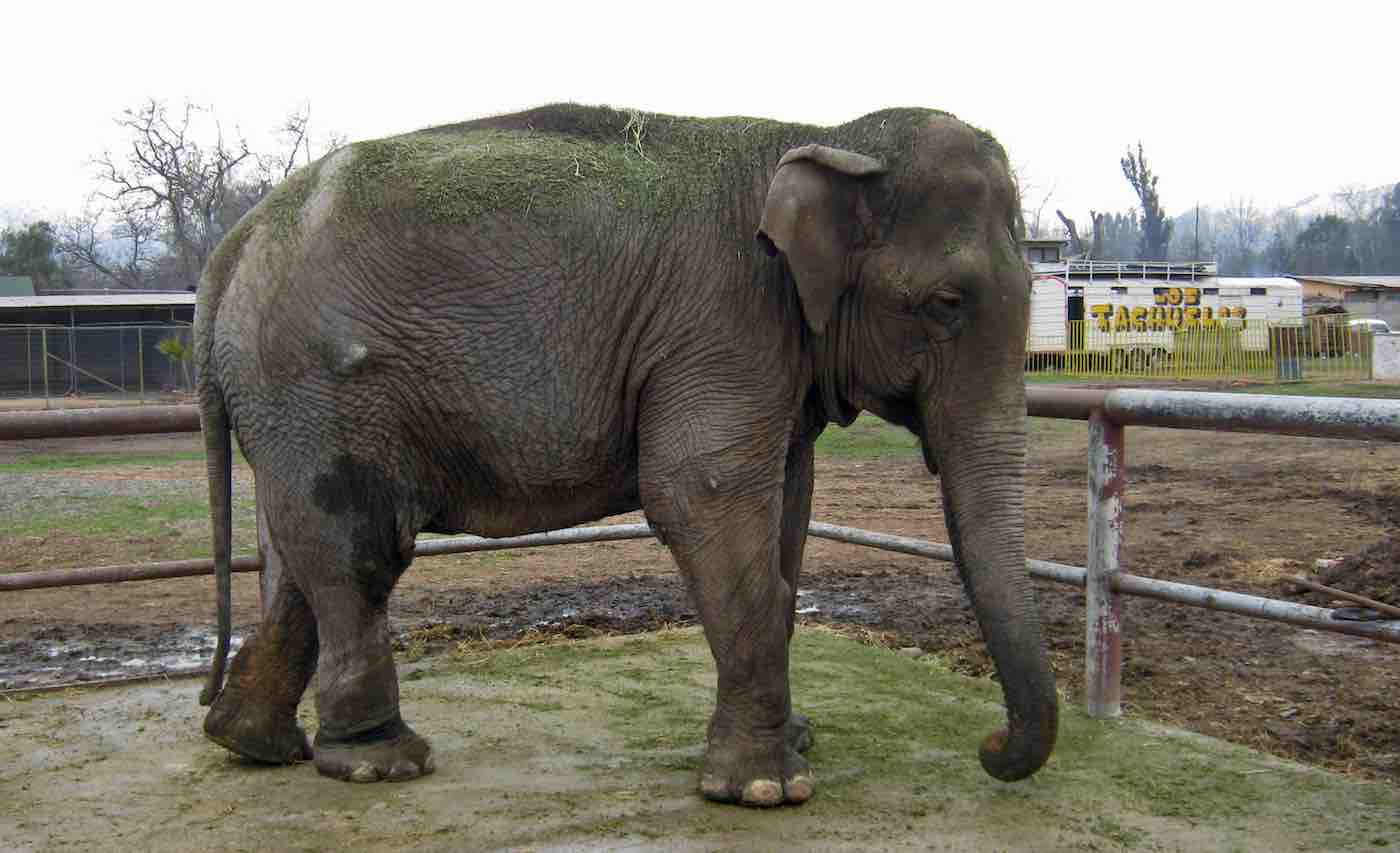 After 50 years of loneliness working for the circus, Ramba the Asian elephant is finally making the 2,551-mile journey to her new forever home in Brazil.

Escorted by elephant welfare experts and several dedicated volunteers, Ramba caught a flight out of Santiago, Chile, on October 16th.

After flying over the Andes Mountains, she landed safely in Campinas, Brazil. From there Ramba continues on for a 3-day drive before reaching the 2,800-acre Elephant Sanctuary Brazil, located in the Brazilian municipality of Chapada dos Guimarães.

These are the final steps of a journey that began over 7 years ago. In 2012, Ecopolis—a Chilean animal welfare group—contacted the Global Elephant Sanctuary (GSE) to help rescue Ramba from her abusive circus owners.

After years of neglect, Ecopolis had successfully petitioned the Chilean government to confiscate Ramba, which officially ended the practice of performing circus elephants throughout Chile.

CHECK OUT: India Gets Its First Ever Hospital for Abused Elephants – and They’ve Already Treated Dozens

Thanks to internationally renowned elephant experts Scott Blais and Kat Blais, Ramba was successfully transported to a roadside zoo in Chile as a temporary facility pending eventual relocation to an elephant sanctuary—because with no elephant sanctuary in all of South America, one had to be built for her.

With more than 6,000 captive elephants around the globe, fewer than 250 have been offered life in sanctuaries.

However, there is a swell of support growing in the United States and abroad from individuals who care deeply about the long-term health and welfare of captive elephants. In South America, 5 countries passed national bans to prohibit the use of performing elephants. While these progressive efforts are commendable, without an appropriate alternative, elephants have been left to live out a life of neglect and minimal care in rural farms or in improvised, small enclosures in zoos with little or no expertise with elephants.

South America is not alone in this struggle to find progressive alternatives for elephant care, as several independent efforts around the globe to establish elephant sanctuaries have stagnated at the conceptual phase, while elephants continue to endure unintended neglect.

According to GSE president Scott Blais, “We know that sanctuary life can make a profound difference to the health and well-being of captive elephants. Our objective is to develop an international collaboration to ensure a safe, secure and humane future for captive elephants through the creation of spacious, holistic, natural habitat elephant sanctuaries.”

WATCH: Orphaned Elephant Returns to Human Rescuers So She Can Introduce Them to Her Newborn Calf

Ramba has lived in isolation for most of her life. Upon entering Sanctuary she will be greeted by Rana, who arrived last December after years in isolation, and Maia, who arrived in October 2016 with her friend Guida. Maia and Guida were also confiscated from the circus and lived for 5 years in chains on a private farm waiting for sanctuary.

Now after years of struggles, we received word that Ramba’s transport permits were approved. Thanks to dozens of caring individuals working tirelessly for years, and hundreds of donors who supported her care, after 7 years, the pieces have finally fallen into place.

“Ramba needs a quiet place, one where she feels safe and is not on display, where she is surrounded by others of her kind who truly understand her and can help her to open her heart fully—she needs sanctuary,” says Blais.