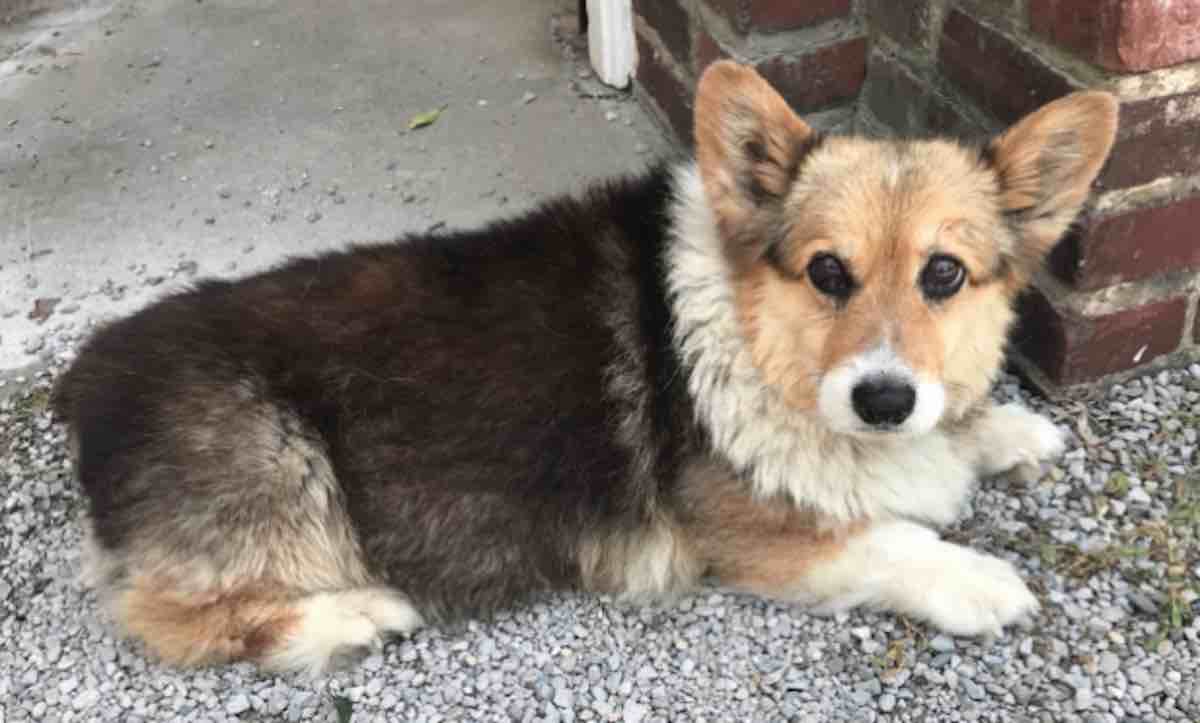 LISTEN to this Good News Guru story here, which was broadcast on the radio June 22nd with Ellen K and Geri on KOST-103.5 — Or, READ the story below… (Subscribe to our podcast on iTunes – or for Androids, on Podbean)

This dog may be old, but his escapades taught an elderly couple some new tricks after he escaped from their home in West Virginia last weekend.

They went out to dinner leaving Pepper home alone during a thunderstorm. After returning early to check up on their precious 15-year-old corgi, they found it was gone.

As Pepper wandered through Charleston, he was eventually spotted by the mother of Matt Nelson, who has almost 7 million followers on his Twitter page, “We Rate Dogs”, which posts amusing reviews of mutts.

After Nelson’s mother saw Pepper almost get hit by a car, she scooped him up and took him home. Her son then turned to his social media followers in hopes of finding the corgi’s owners.

We had bad storms last night and it’s clear he was out in them for quite a while. He’s very speedy but tired and would like his owner back ASAP. pic.twitter.com/muXMC4ZtB2

When that effort failed, the Nelsons took Pepper to a vet but discovered no microchip.

Unswayed from their mission, they decided to hunt for the owners the ol’ fashioned way, by putting up flyers in their neighborhood.

On our way back from the vet. Little guy doesn’t have a microchip. Time to put up some signs! pic.twitter.com/PoWVmRJYo8

Mrs. Nelson, for some reason, had a sneaking hunch that the corgi belonged to an old man. So when she saw a senior citizen drive past them in his car, she told her son that Pepper might belong to the driver and suggested they ask him.

RELATED: While Pit Bull Rescues Family From House Fire, She Pulls Baby to Safety By Her Diaper

But somehow, following her intuition, she was SPOT-on!

Mrs. Nelson ran up to the driver and asked if the dog belonged to him—and they were blown away when he said yes.

The man was Harry Wallace, Pepper’s owner. He and his wife Buffy had been frantic over the pup’s escape – and even more overjoyed by his return. They were also bewildered to hear about his newfound fame.

CHECK OUT: When Dog is Found 2,000 Miles Away From Home, 20 Different Strangers Bring Him Back

“Our grandson came in and said look at this, Pepper has 22,000 likes and I was like what are you talking about.”

WE FOUND HIS OWNER! THE PUP’S NAME IS PEPPER AND HE’S 15 YEARS OLD! HAPPY ENDING TO THE WAYWARD CORGI STORY pic.twitter.com/qFXAzHZrAZ

After Pepper’s return, the Wallace’s grandson, Will Jenkins, posted an update for the Twitter page, saying that Harry “was happier than he’s ever been before!”