Home All News Animals When Dog is Found 2,000 Miles Away From Home, 20 Different Strangers... 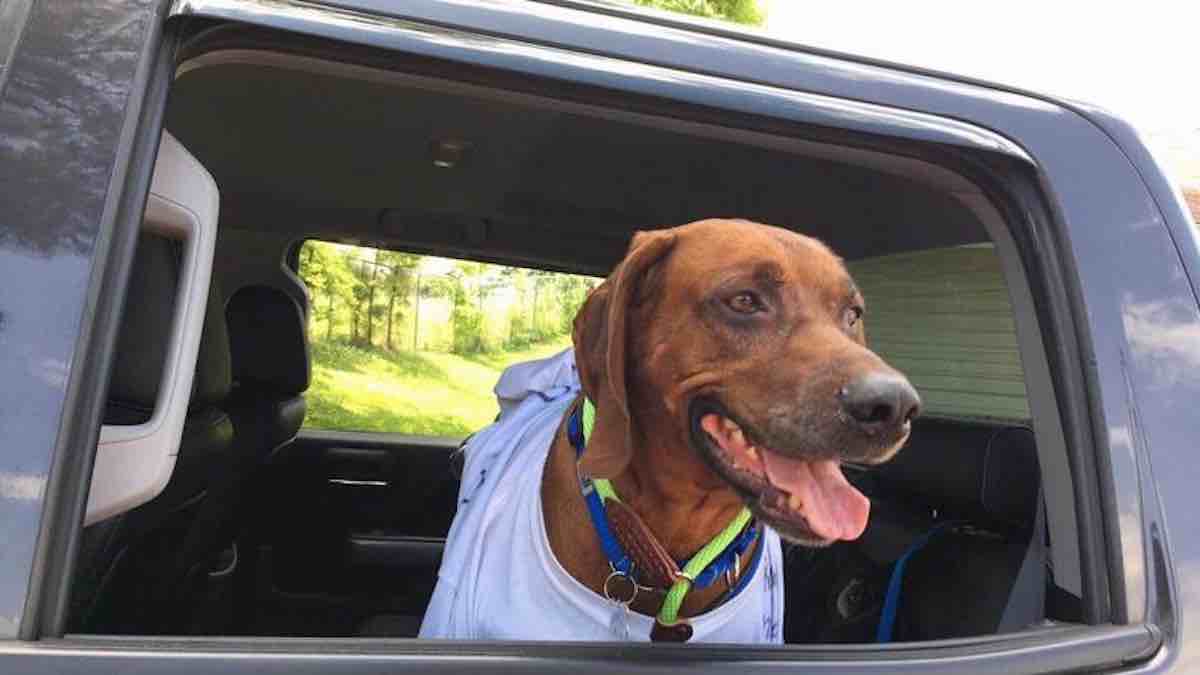 It has been one year since Jake the dog first went missing from his home in Arizona, and his owners had assumed the worst.

They were stunned, however, to find out that not only was the 7-year-old Coonhound alive and well, but he had somehow turned up almost 2,000 miles from home.

Adam Herbaugh of Roaring Spring, Pennsylvania had been out walking his own dogs back in April when he saw Jake wandering the streets. Herbaugh took Jake into his care and brought the adventurous pup to the animal hospital. Veterinarians scanned him for a microchip and called the owners to ask if their dog had gone missing.

Shocked and delighted, they said that Jake had indeed gone missing, but no one had any idea how he got so far away from his home in Phoenix – and unfortunately, the owners had no way of making the cross-country road trip to get Jake.

RELATED: Woman Realizes the Old Dog She Just Adopted Was Same One She Had as a Child

The animal rescue group, A Darrah Bull Bully Rescue, then volunteered to help.

The nonprofit put out a call for volunteer drivers who would be willing to drive Jake home. 20 different volunteers across the nation eagerly joined the effort, and last week, they launched the 3-day trip.

The trip worked similarly to a relay race – each volunteer would drive Jake 100 miles before passing him onto the next volunteer, who would drive another 100 miles.

20 volunteers made 30 stops across 9 states, and it took 3 volunteers to keep Jake overnight during the trip – but when his owners were finally reunited with their beloved pup, they could hardly contain their excitement.