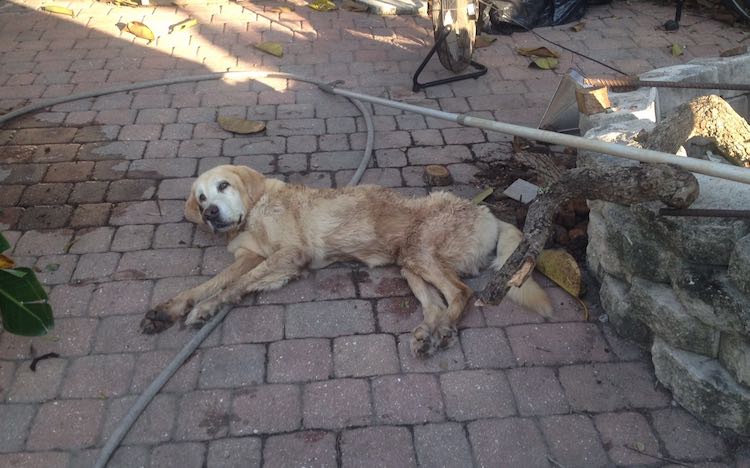 Every cloud has a silver lining—even hurricanes.

It was 2012 when Wizzer the golden retriever first disappeared on a Fort Myers Beach in Florida. His owner, Pete Mayher, assumed that the faithful hound would eventually return – but as the months passed, he eventually lost hope.

While the property damage caused by the hurricane was immense, it did have one positive outcome: a man walking on a Floridian beach found Wizzer lying in a puddle.

WATCH: Clever Pup Opens 4 Doors So He Can Reunite With His Family

The pedestrian took the exhausted canine to the vet where they checked his microchip and called Mayher to say that they had found his long-lost companion—and he immediately shed a tear when he heard the emotional news.

The veterinarians at Lee County Domestic Animal Services assume that Wizzer’s disappearance was because he was taken in by another owner for the last five years.

After being reunited with Mayher, the pooch quickly returned to his spunky old self.

“I know there’s people in rough shape without power or food or shelter, but for me, this was the best hurricane ever,” Mayher told WBBH.