Home All News Inspiring Man Crafts Special Gift for Young Neighbor With Autism Enchanted by the... 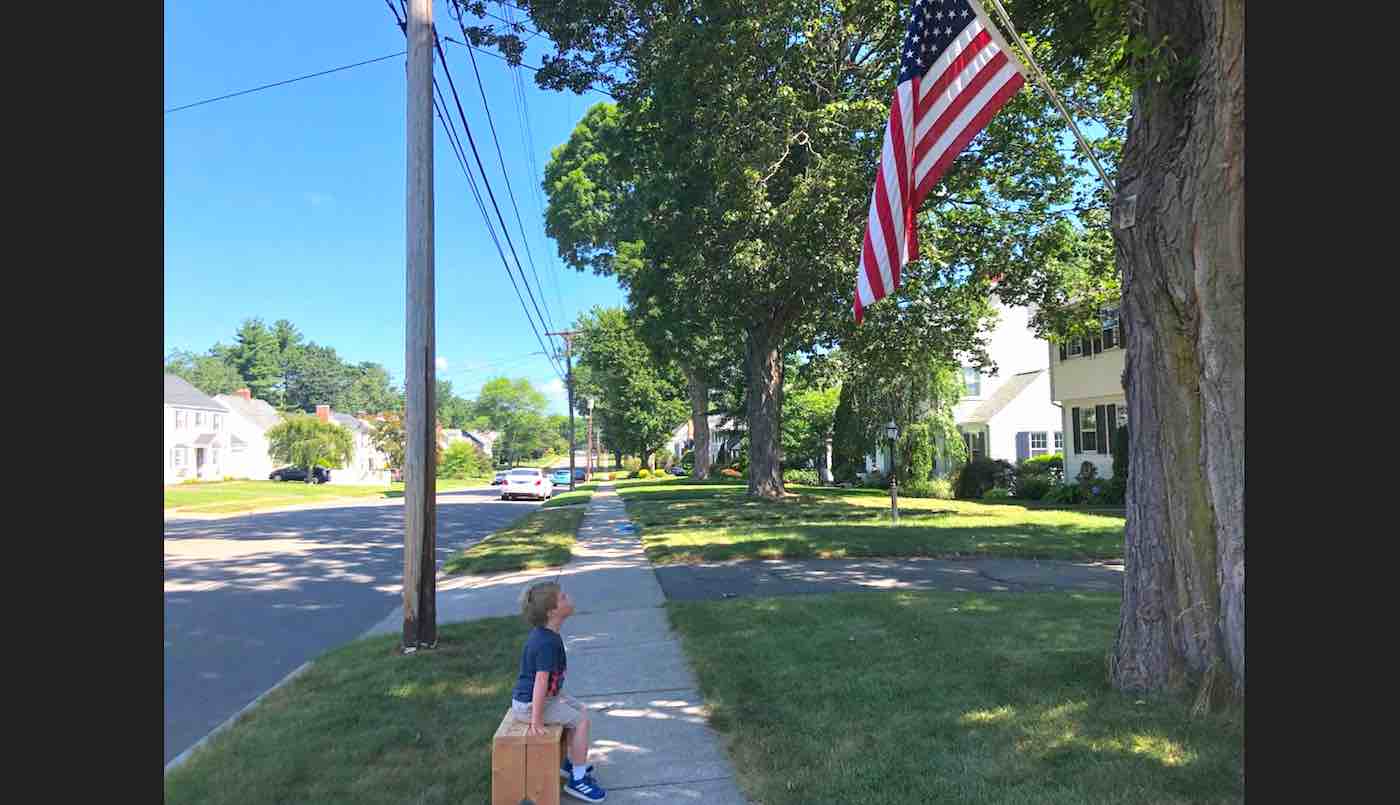 Many patriotic Americans can appreciate the sight of the star-spangled banner flying high in the sky—but perhaps not as much as 6-year-old Finn Daly.

Because of how the boy has autism and Down syndrome, he is consistently enamored by the American flags hanging throughout his neighborhood in West Hartford, Connecticut. Finn’s parents say that he can spend hours watching the flags flapping in the breeze.

During one such leisurely afternoon when he was out on a walk with his parents, Finn became particularly transfixed by a flag that was hanging from a tree in the yard of Todd Disque.

When Disque happened to catch sight of Finn admiring the flag in his yard, he couldn’t help but be filled with appreciation for the pint-sized patriot.

LOOK: After Hearing Sweet Story About Why eBay Bidder Wanted a Necktie, Man Gave It to Him for Free

So as a means of expressing his compassion towards the youngster, Disque went to his workshop and crafted a small wooden bench inscribed with Finn’s name. Upon finishing the little stool, he left it out in front of the flag for the Daly family to find.

Needless to say, they were overwhelmed with emotion when they discovered the bench.

“I’m crying and my daughter is saying, ‘Don’t cry mom, it’s OK, this is exciting,’” Finn’s mother told CBS News. “It’s such a small gesture, but things like this really restore your faith in humanity. Like, there’s still good people out there that want to do kind things for no other reason than just to be kind.”