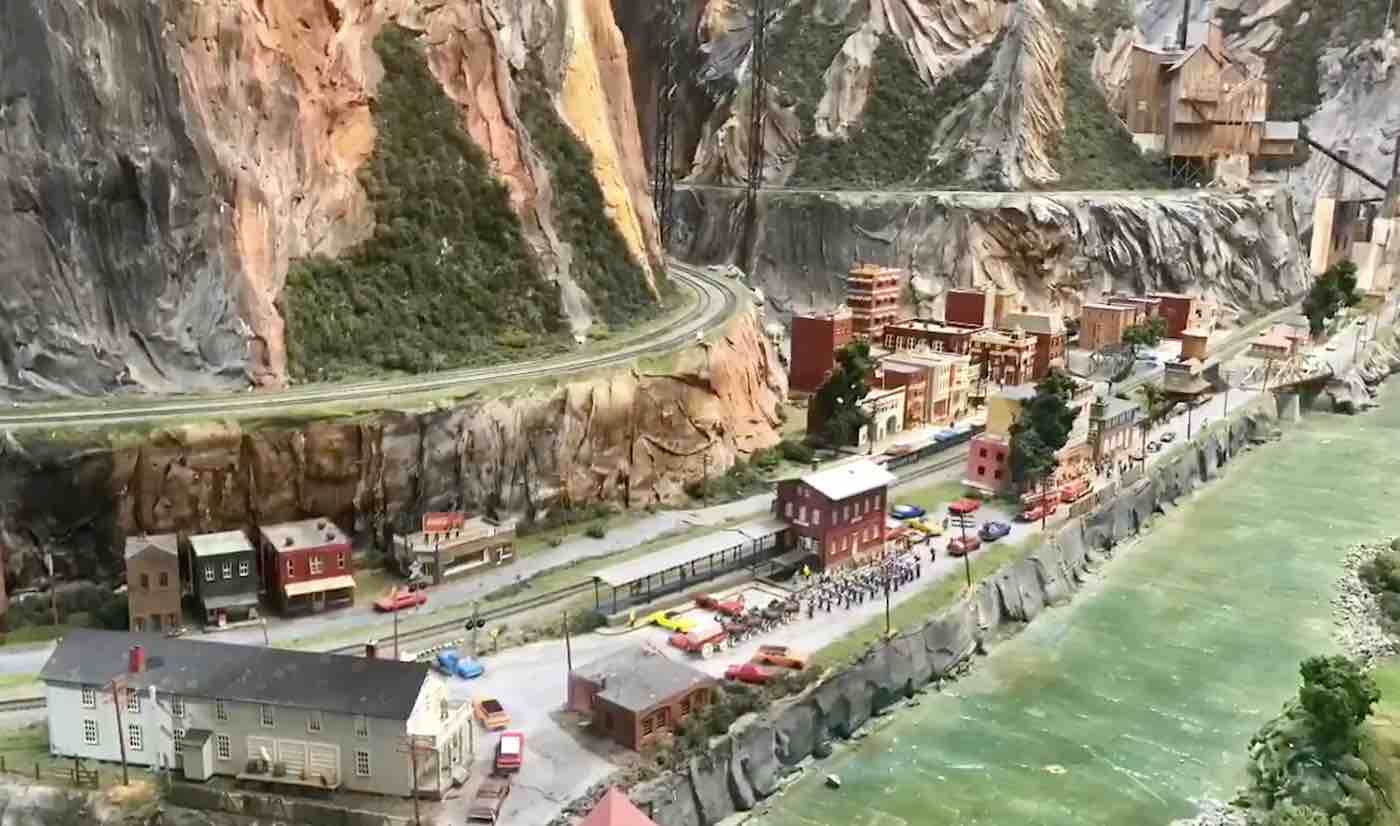 Of all the things you could think to do in New Jersey, seeing the world’s largest functioning model train set meandering around its own museum probably doesn’t immediately come to mind. But, it’s thanks to a man who isn’t even an enthusiast that this glorious creation was saved from ruin.

Bruce Williams Zaccagnino, a resident of Flemington, New Jersey, spent 18 years creating the technological marvel in a building now called Northlandz—but the winding tracks and breathtaking miniature scenery through which the toy train rambled eventually fell into disrepair as the price of maintaining it inside its large building became too high for a man who was essentially just an extraordinarily passionate hobbyist.

A large warehouse such as Northlandz is necessary if you want to build a model train setup with more than 8 miles of track. Zaccagnino continued to imagine more and more artistic scenery, which led him to expand the basement 5 times.

The little trains start their journey from a depot, fix onto a track through a functioning and amazing turnstile, and then run through model America. They pass over bridges spanning canyons and dusty gorges, along scenic riverways, by industrial mining pits and exquisitely detailed villages, and through tunnels carved through miniature mountains. (See the video below…)

Zaccagnino began to open the basement twice a year to tours at the suggestions of his friends, allowing him to share his incredible Wonka-like creativity and imagination with others. In 1996, he made Northlandz a year-round attraction.

However, such a large building created a large overhead—too large for Zaccagnino even after opening it to the public, and the project had to be abandoned. At that point the train exhibit included 1,200 buildings and 100 trains. (The museum also included a historic American doll collection and a 2,000-pipe organ.)

Businessman Tariq Sohail is the new owner of Northlandz after he purchased it from of Zaccagnino last November when he was looking for additional warehouse space.

Sohail runs a distribution business and was told by the former owner that he could “demolish what was inside”.

“When we saw it, we said, ‘No way we could demolish this’,” Sohail told My Central Jersey.  “What this guy built is amazing.”

“Bruce was running it by himself so there was a lot of wear and tear—it looked like a ghost house. We wanted to preserve it so it was here for the people.”

Spurred on by the amazing place, Sohail invested a quarter-million dollars into renovation, repairing lights, flooring, and much of the train scenery.

WATCH: Artist Hides Intricate Glass Creations All Over the World for Delighted Strangers to Find

The renovations have also included a gift shop and private event space, with plans for a movie theater, climbing walls, and model train set classes for kids slated for the near future.

“Every single person has commented on how clean it now is and how they can see a lot more with our new lights,” said Sohail. “They like how there are more trains and the scenes aren’t damaged anymore. Plus, they love how there is space for them to sit and eat and also host birthday parties and other events.”

(WATCH the news coverage below) – Photo by My Central Jersey