Home All News Business Not a Bad Parting Gift for Man Who Works 60 Years for... 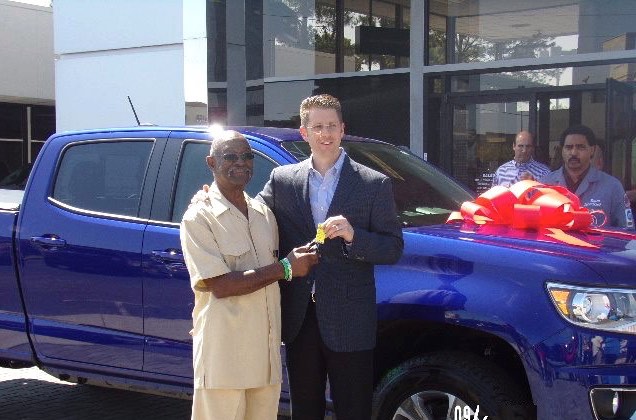 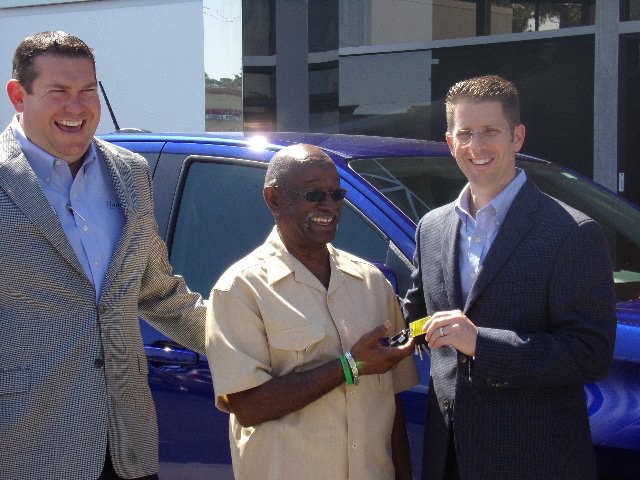 When King Kindred first started working at a Birmingham car dealership in 1955, McDonald’s had just opened their first restaurant, Elvis Presley was on the radio with his first hit, and the best-selling car, a ’55 Chevy Bel Air cost a little over $2,000.

60 years later, Kindred still works for that same family of dealerships, and for his years of loyal service, was presented with the keys to his very own 2015 Chevrolet Colorado truck.

“I really think the greatest gift you can give an employer is a great employee,” said Joel Smith, Executive General Manager of Hendrick Auto Mall in Hoover, Alabama. 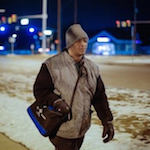 Now 79, years old, Kindred started out washing cars for the Don Drennen dealership at age 19, but has worn many hats throughout his career–promoted into the service department, the paint shop, and as the New Car Service Manager. The Drennen showrooms were purchased by the Hendrick Automotive Group, run by NASCAR legend Rick Hendrick, in 2011.

In a short speech at his 60th anniversary celebration party on September 23, Kindred expressed appreciation to the dealerships saying, “It will be well driven, we-e-e-e-ll driven.” 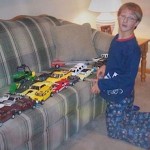 His boss expressed his own gratitude. “Surrounding yourself with people who commit to being better than yesterday is the gift we have received having King Kindred on our team,” said Smith.

Kindred said he loves his job because it’s been easy for him to get along with  coworkers— ut after six decades of exceptional work, Kindred has decided that it’s time to retire and plans to stay through December, according to one of his co-workers.

He says that he will miss the place he’s called a second home for so many years, but looks forward to wherever life decides to take him and his wife, who celebrated 42 years of marriage in September.

Ward Drennen, who returned to his former dealership to see his old friend and employee honored, said the automotive veteran is well-loved and “one of my favorite people.”

Margaret Atchley, Guest Services Manager at Hendrick Hoover Auto Mall, which includes Chevrolet and Chrysler-Dodge-Jeep-Ram showrooms, told Good News Network that anyone in the Hendrick automotive group is rewarded with a Rolex watch for 30 years of service. If anyone makes it to sixty years–and we don’t know if Kindred was the first– a new car is the prize.

“Mr. Hendrick is a great man to work for,” she said.

See more photos of the celebration on their Facebook page and watch Kindred’s short speech below.