Home All News Inspiring Mother Overwhelmed With 15,000 Positive Responses From Strangers to Her Autistic Son’s... 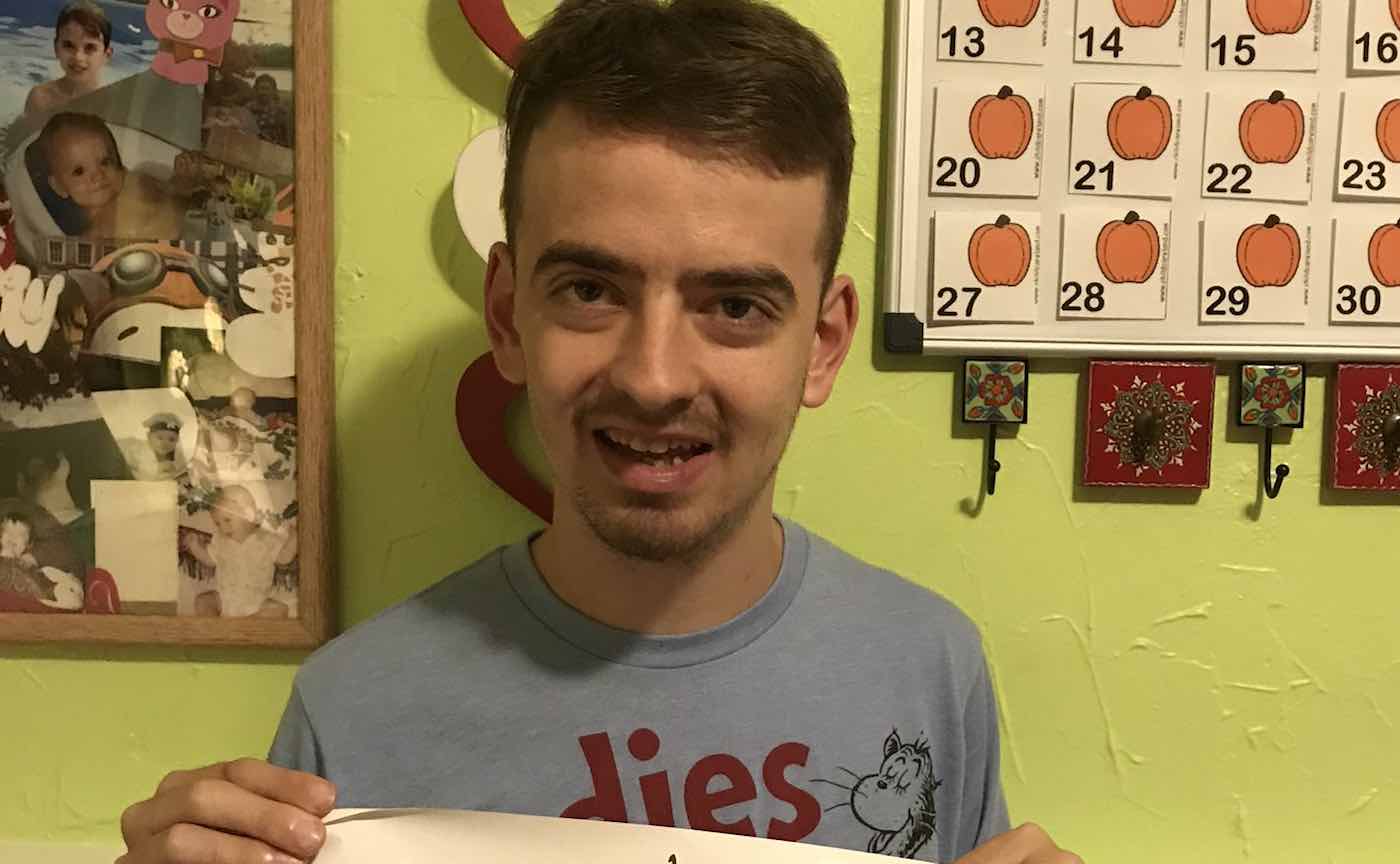 Since 21-year-old David Bloch is mostly nonverbal, he doesn’t often say things to his parents—and since the autistic young man also has a rare immunodeficiency disorder, he rarely spends much time outdoors.

This means that David doesn’t really have any friends in his hometown of Neptune Beach, Florida. He has been homeschooled his entire life, and he hasn’t spent much time around other people his own age.

But after he recently asked his mother a question for the first time in his life, he has made thousands of friends all over the world.

RELATED: Nurse Adopted Man With Autism After Knowing Him Just 2 Days So He Could Receive a Heart Transplant

David and his mother Kerry were watching television together earlier this week when he asked her a simple, but heart-wrenching question: “Would someone like me?”

“I was flabbergasted,” she told BBC. “That’s the first question he has ever said to me. I left the room because I had to cry. I didn’t want David to think I was upset.”

Upon regaining her composure, Kerry told her son that there were “thousands of people” out there who would like him. She was so moved by the conversation, she later made a Twitter post about the incident and shared it with her few hundred social media followers—and she was stunned by the response.

My 21 year old autistic son has no communication skills. Today he asked me his first question ever. It was. “Would someone like me?” pic.twitter.com/vw1DMQN9s8

Despite how Kerry does not use Twitter for very much other than following other parents of autistic children, her post began receiving thousands and thousands of responses from strangers all over the world.

David has received messages of encouragement from firefighters, police departments, sports stars, and even basketball players from his favorite sports team.

Since his post has gone viral, David is apparently “a changed boy”. In addition to smiling constantly, he is now insisting on responding to every single message so that none of his new friends feel left out.

“I think he understands what it feels like to be left out so he wants to include everybody and just to tell everybody he loves them,” Kerry told BBC.

(LISTEN to the BBC interview below)