Home All News Sports When Tennis Champ Sees Young Competitor Tearing Up After Loss, She Pulls... 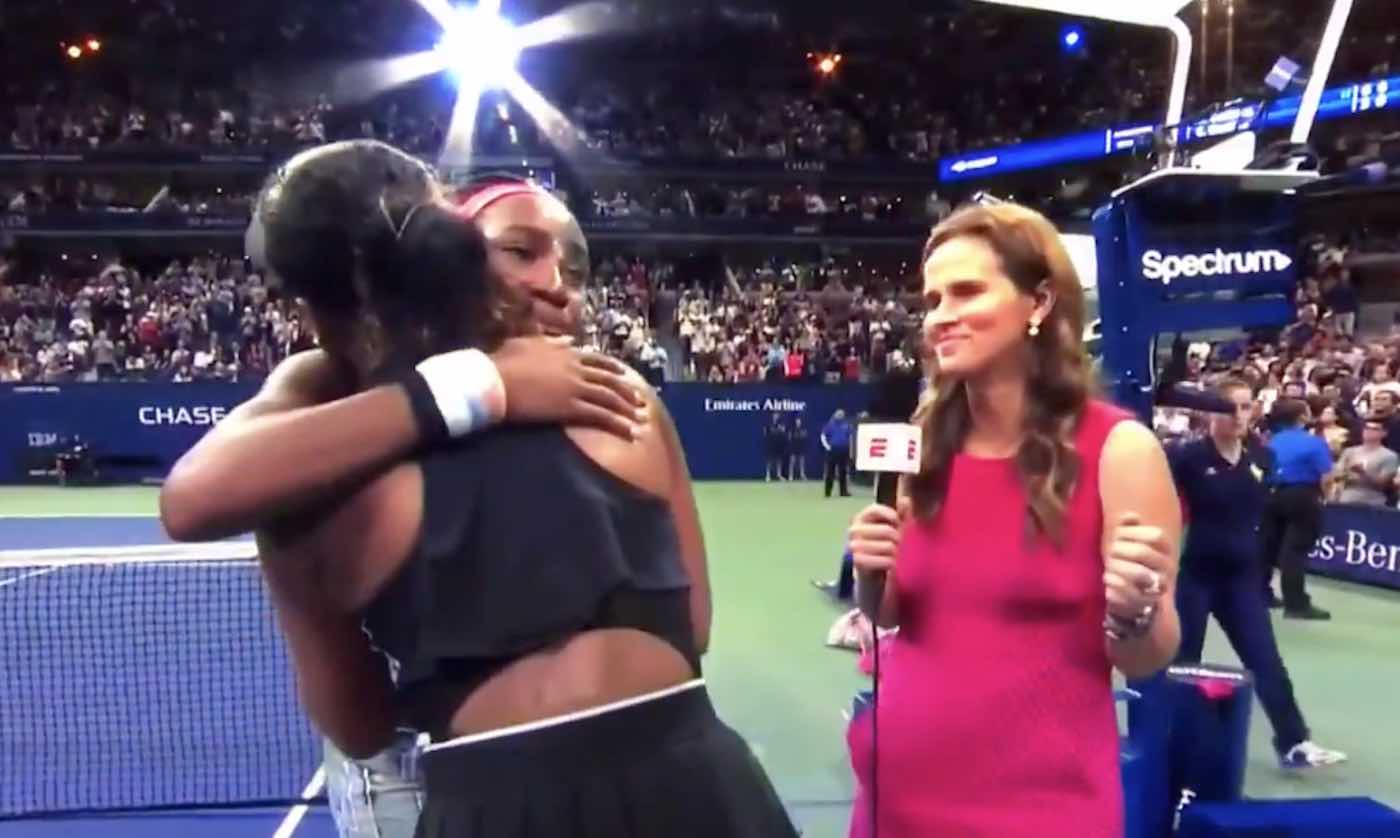 15-year-old Coco Gauff made history in July as the youngest woman to reach the fourth round of Wimbledon—and last week, the American player faced off against 21-year-old Naomi Osaka for the US Open.

Unfortunately for Gauff, Osaka defended her championship title with a 6-3, 6-0 victory.

After the match, however, Osaka noticed that Gauff was emotional after the loss, and the Japanese champ insisted on her competitor joining her for the post-match interview.

LOOK: When Helicopter Upsets Tennis Player With PTSD, His Teammate Abandons Game to Comfort Him Using a Song

“It was kind of instinctive because when I shook her hand, I saw that she was kind of tearing up a little. Then it reminded me how young she was,” Osaka recalled in a news conference. “I was just thinking it would be nice for her to address the people that came and watched her play. They were cheering for her.”

What followed was an emotional exchange between the two athletes. As Gauff wiped tears away from her eyes, she thanked Osaka for allowing her to share the moment in front of a microphone.

She later told reporters: “I’m glad that I was able to experience that moment. I’m glad the crowd was kind of helping me and her.

“For me a definition of an athlete is someone who treats you as their worst enemy on the court but after they treat you like you’re their best friend. That’s what she did,” she added.

Since I’m on the feels beat tonight — this was wonderful between Coco Gauff and Naomi Osaka pic.twitter.com/8ly8AhTJ7h