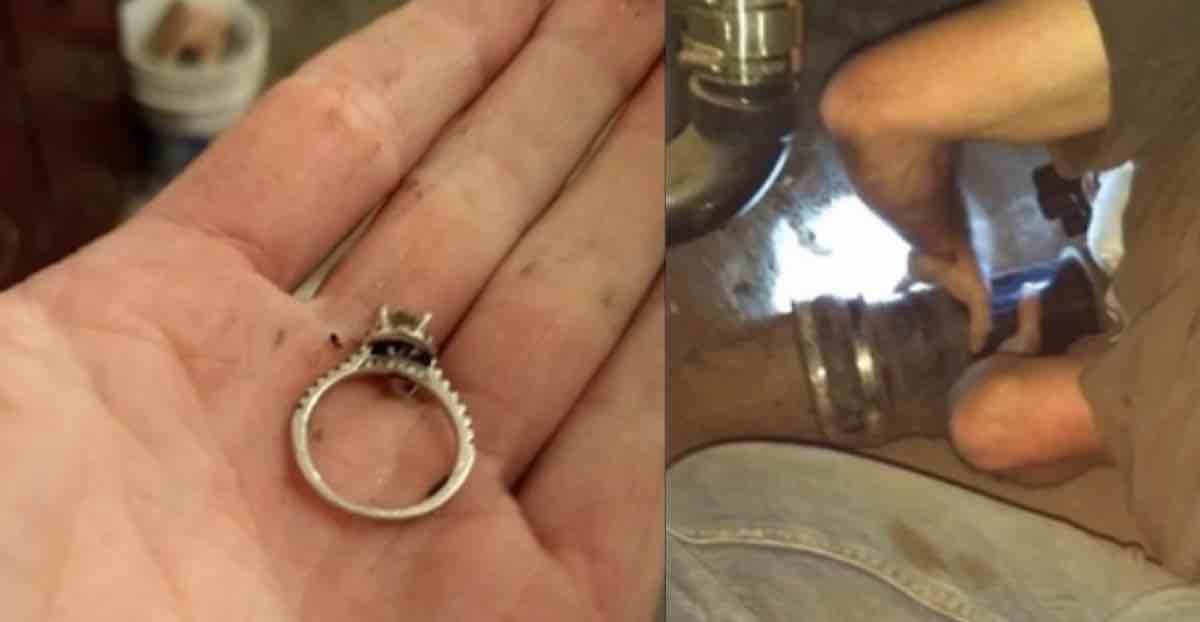 It may have taken 48 hours of frantically searching through mud and sewage water, but it finally paid off: an anxious couple was reunited with the engagement ring that they had flushed down the toilet.

Haleigh Morrissey had been applying sun tan lotion to her skin last Saturday when she became worried about accidentally staining the diamond ring with the beauty product. She then called her fiancé Dean Booras into the bathroom so he could remove the ring from her finger.

Booras took the ring off her finger and wrapped it in toilet paper so he could wipe off the lotion.

A while later, Morrissey returned to the bathroom and saw the wad of toilet paper sitting on the counter. Thinking that it was just a piece of trash, she grabbed the tissue and casually threw it into the toilet.

MORE: ‘Miracle on 85th Street’: How a Huge Dog Saved My Child’s Life

She then realized what she had done.

Desperate to retrieve the precious piece of jewelry before it reached the sewage main and became lost forever, Booras and Morrissey recruited the help of their neighbor Ken Gunari and his sons.

The group started out the expedition by shoving a camera into one of the pipes to see if they could see the ring. Though they did not see see the jewelry, the video showed that there was a group of plant roots that had grown into the pipes. The Gunaris reasoned that if the ring had gotten lodged in the plumbing, it had most likely gotten stuck on the roots.

The crew then cut a hole in the pipe and inserted a mesh filter with the hopes that it would trap the ring before it got washed away.

Finally, Luke Gunari saw the ring trapped in the filter, pulled it out of the water, and presented it to Booras and Morrissey.

“I’m … looking down at it and I see some shiny thing in there,” said Luke, according to KTVU. “They didn’t know I had it in my hand… just walked up slowly with my hand open… and they look down at it and they just started screaming.”

Don’t Let This Story Go To Waste: Click To Share With Your Friends – Photos by Hunter Gunari