Home All News Good Earth Bus Cleans the Air: Sucking Up Pollution As It Travels 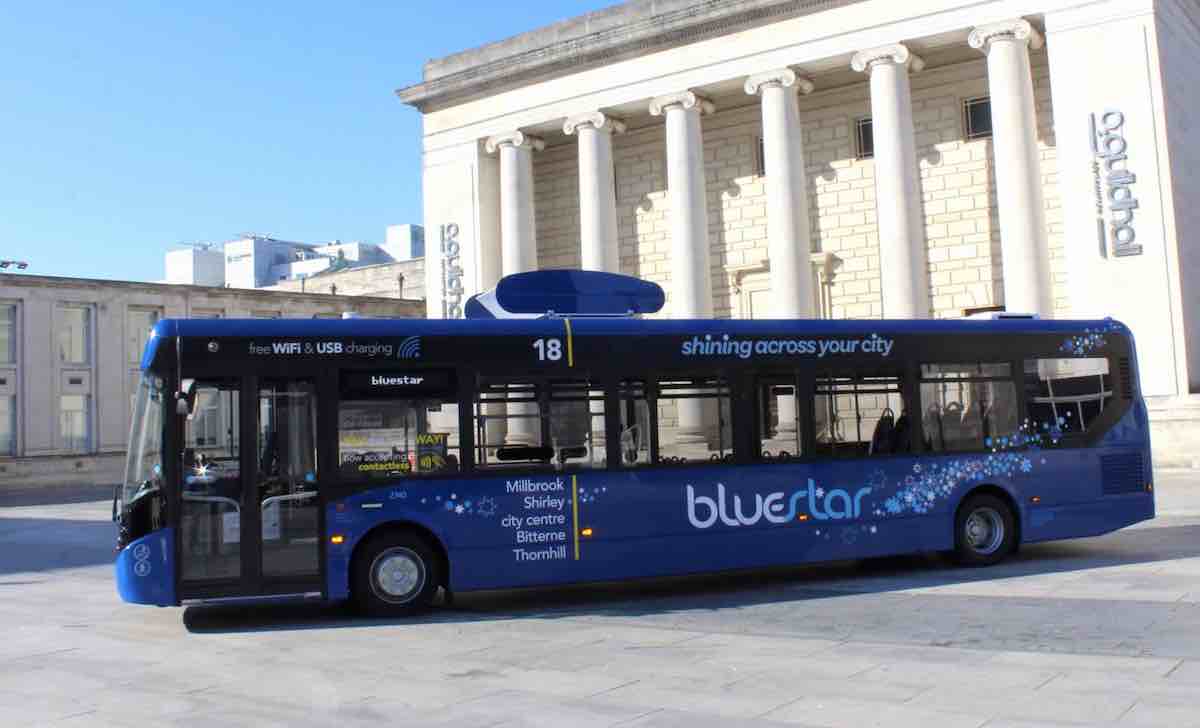 This bus doesn’t just take you to where you need to go – it also cleans the air you breathe.

The Go-Ahead Group, which is one of the largest bus and rail operators in England, has just launched a bus that sucks up pollution as it travels.

The Bluestar prototype is the first bus in the UK that can clean city air. It is fitted with an air filter that collects ultra-fine pollution particles and spews out purified air at the front of the vehicle. The filter works with 99.5% efficiency.

According to studies conducted by the filter’s manufacturer, the bus will clean the air on its route in Southampton at a rate of 16 times per year, to a height of 10 meters.

“We want this pilot to show that buses should be looked at as not just the solution to congestion in cities, but also as a solution to the air quality problem,” said Go-Ahead’s Chief Executive, David Brown.

“As the bus removes the ultra-fine particles from the air as it travels along the route, it is helping solve the air quality problems of the city,” he added.