Home All News Sports An NFL Player Who Knows How to Treat People (Like This Bullied... 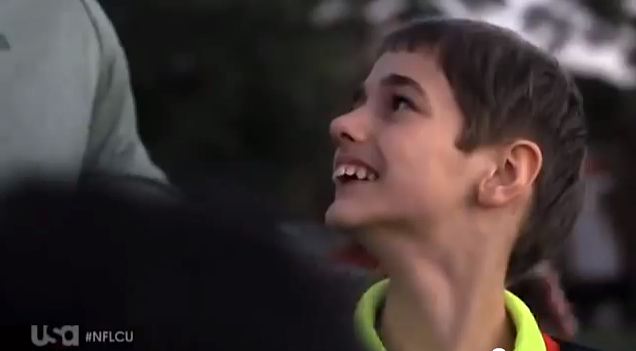 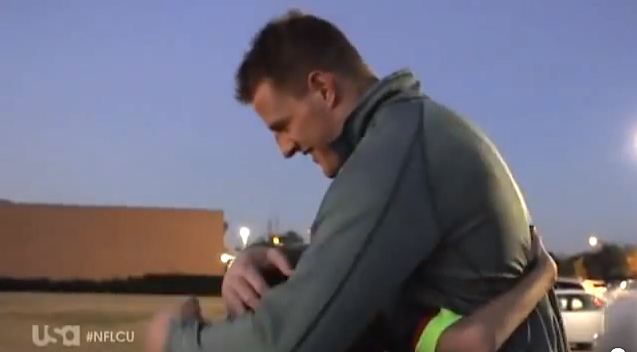 J.J. Watt has never forgotten the challenges he faced growing up. Now, the Houston Texans’ NFL football player is dedicated to helping other kids overcome their pain.

In this inspiring video, Watt was introduced to 12-year-old Billy, who daily is harassed for the way he looks, talks and walks. Through the program, NFL Characters Unite that all has changed. To make sure it sticks, Billy was given a lifetime membership to the YMCA where he can play football with new friends who help boost his football aspirations.

Billy dreams of playing football. In fact, he wanted to sign up for his school’s football team but kids kept making fun of him, telling him he was too small and not good enough to play. Lacking confidence and support, Billy took what the bullies said to heart and chose to give up the sport he loves.

Despite being one of the most intimidating defensive lineman the NFL has ever seen, J.J. Watt, too, endured bullying from his classmates. Constantly picked on and told he was too small to play sports, he was determined to hard work and persevere. He learned to believe in himself, developed his athletic skill and went on to become a talented and respected defensive lineman.

In January, Watt surprised Billy, inviting him to the YMCA to play football. For the first time, Billy felt like a valuable member of a team, and through this activity, he was reminded of his passion for football and regained a belief in himself.

(WATCH the video below – Screen grabs courtesy of USA)