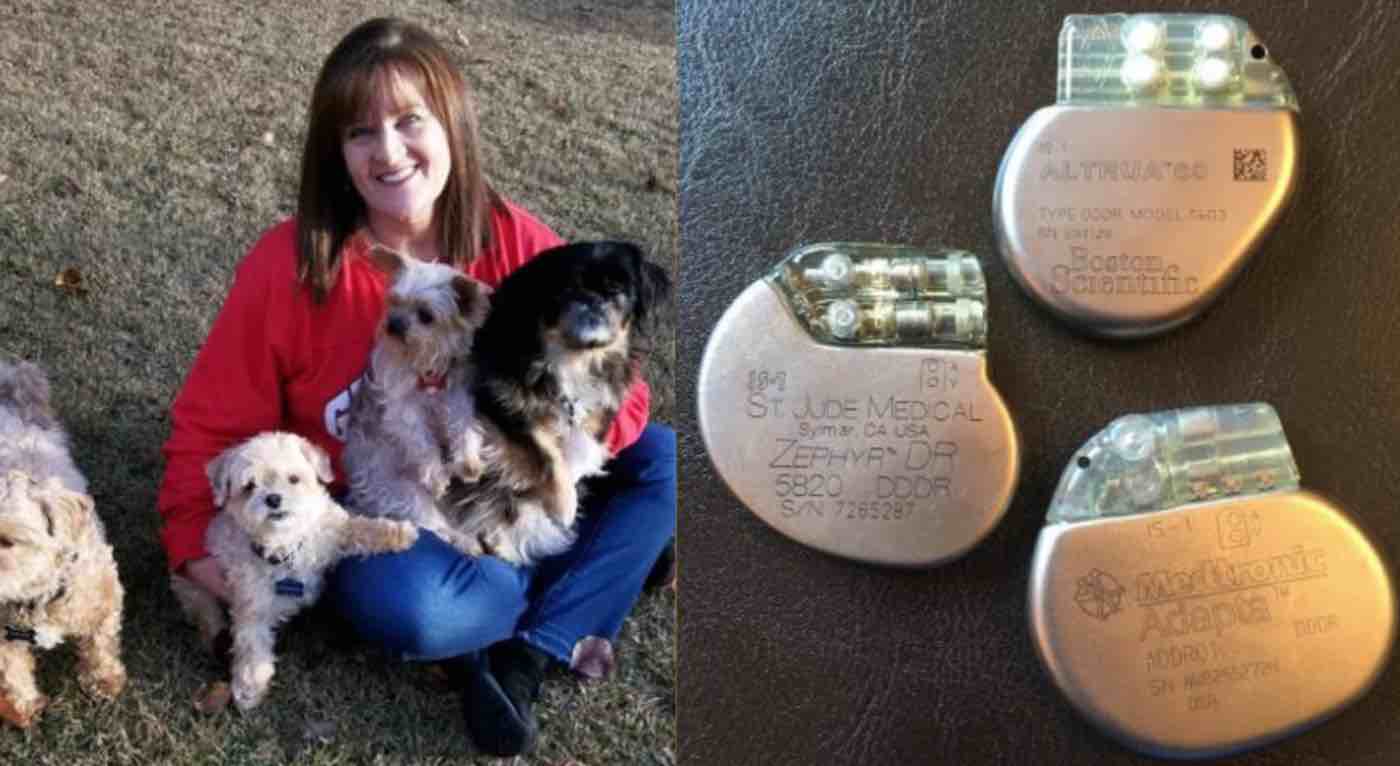 Terri Matula has been saving dozens of animals simply by recycling the very same medical devices that are used to save humans.

When Matula and her husband were in college 20 years ago, their beloved cocker spaniel named Gator suffered from an urgent third-degree heart blockage.

The pup was in desperate need of a pacemaker, but since the Matulas were both students at the time, they couldn’t afford the $3,000 device.

Matula has now been working as a cardiovascular nurse at the Navicent Health center in Macon, Georgia for 17 years – and she has been using her experience in the hospital to help sick pets as well.

WATCH: How a Former Teacher Beat the Mining Industry and Saved the Rare Snow Leopards

Back in 2017, Matula’s husband was told that he needed to upgrade his pacemaker. When she remembered what happened to her dog Gator, she asked if she could keep the pacemaker for an animal in need.

“The similarities between how animals and humans are treated for certain diseases are very strong,” says Matula. “When I was studying to become a nurse 20 years ago, I learned that pacemakers for human beings could be utilized in dogs, as well.

“I asked his cardiology team if I could keep the pacemaker after they replaced it and then called the University of Georgia to find out if I could donate the device to the College of Veterinary Medicine,” said Matula.

MORE: Willie Nelson Has Rescued 70 Horses Destined for the Slaughterhouse, So They Can Roam Free On His Farm

As a result of her husband’s successfully donated pacemaker benefiting the nearby veterinary school, Matula was inspired to start collecting human pacemakers in order to give them to animals in need.

In February 2018, Matula formed the Pacemaker Donation Program between the university and Navicent Health.

“When a patient’s pacemaker is exchanged, upgraded or replaced, the patient is offered the option of donating their used device to the Pacemaker Donation Program,” said Beth Mann, vice president for cardiovascular services and nursing strategy at Navicent. “Everyone – our staff and our patients – has been excited to save the lives of animals with reusable devices.”

Since launching the program, the university has received 41 pacemakers. According to Navicent, only the pacemakers of living donors are used for the program. Many of the pacemakers have at least five and a half years of battery life remaining, offering aging dogs the opportunity for many more evening walks and games of fetch.

The pacemakers with less battery life are useful as teaching tools in the classroom for UGA’s veterinary students.

“This project demonstrates that with some creativity and a desire to share with others, solutions can be found,” said Gregg Rapaport, a veterinary cardiologist at UGA. “Each donated pacemaker that has benefited a person will now have benefited a dog, as well. The same resource will have positively impacted twice as many lives with no downside to anyone, and we can all feel good about that.”

Patients with pacemakers in need of replacement who wish to donate to a dog in need may talk with their Navicent Health care team about participating in the Pacemaker Donation Program.

(WATCH the news coverage below) – Photos by Terri Matula