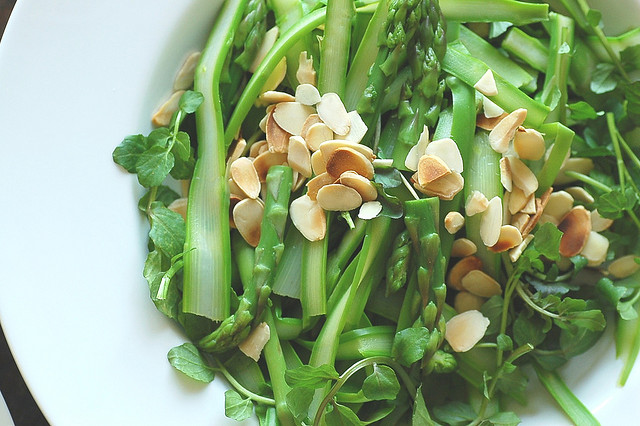 A study of older adults links consumption of a pigment found in leafy greens to the preservation of “crystallized intelligence,” the ability to use the skills and knowledge one has acquired over a lifetime.

Lutein (pronounced LOO-teen) is one of several plant pigments that humans acquire through the diet, primarily by eating leafy green vegetables or cruciferous vegetables such as broccoli, cauliflower, etc. It accumulates in the brain, embedding in cell membranes, where it likely plays “a neuro-protective role,” said University of Illinois graduate student Marta Zamroziewicz, who led the study with Illinois psychology professor Aron Barbey.

The team focused on parts of the temporal cortex, a brain region that other studies suggest plays a role in the preservation of crystallized intelligence.

The researchers found that participants with higher blood serum levels of lutein tended to do better on the tests. Serum lutein levels reflect only recent dietary intakes, Zamroziewicz said, but are associated with brain concentrations of lutein in older adults, which reflect long-term dietary intake.

Those with higher serum lutein levels also tended to have thicker gray matter in the brain region that, like crystallized intelligence, is preserved in healthy aging, the researchers report.

RELATED: 100-Year-olds Say a Positive Attitude is the Secret to Longevity

“Our analyses revealed that gray-matter volume of the parahippocampal cortex on the right side of the brain accounts for the relationship between lutein and crystallized intelligence,” Barbey said. “This offers the first clue as to which brain regions specifically play a role in the preservation of crystallized intelligence, and how factors such as diet may contribute to that relationship.”

“We can only hypothesize at this point how lutein in the diet affects brain structure,” Barbey said. “It may be that it plays an anti-inflammatory role or aids in cell-to-cell signaling. But our finding adds to the evidence suggesting that particular nutrients slow age-related declines in cognition by influencing specific features of brain aging.”

The study was reported in the journal Frontiers in Aging Neuroscience. (Source: University of Illinois at Urbana-Champaign)