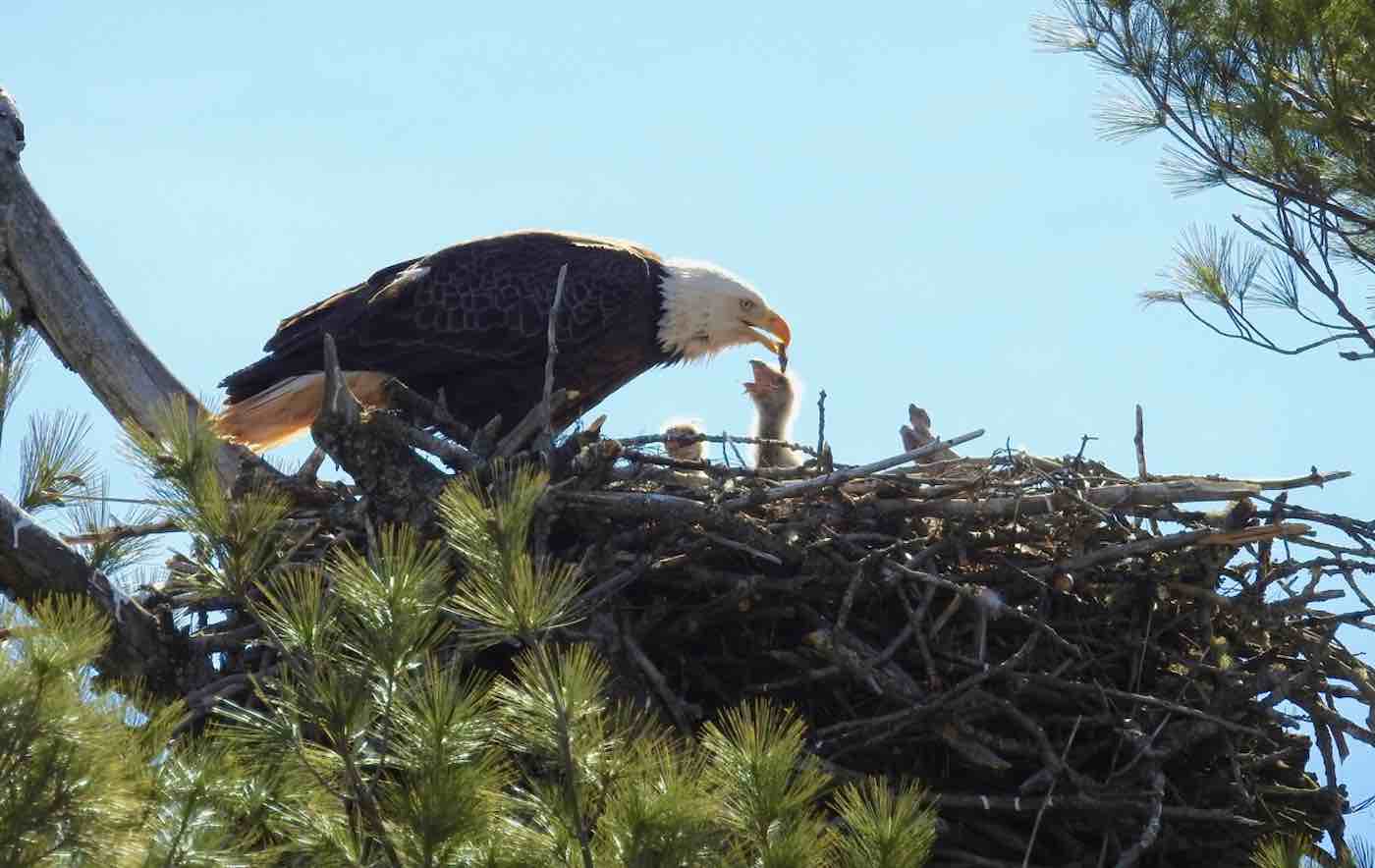 Despite being the official mascot of the United States, there were only 4 bald eagle nests recorded across the state of Ohio as recently as 1979.

Now 41 years later, conservationists are happy to report that number has increased dramatically.

According to the Ohio Department of Natural Resources (ODNR), 312 chicks were fledged from 221 nests in 2017. Showing no sign of slowing down, bald eagle breeding pairs have increased 22% between 2017 and 2018 alone.

“I am proud of our agency’s restoration efforts to bring back this iconic symbol of our nation, and thrilled the population is thriving here,” said Kendra Wecker, chief of the ODNR Division of Wildlife.

RELATED: Hawaii’s State Bird Soars Back From Brink of Extinction After Only 30 Birds Left on Islands

“Each time an eagle soars overhead, Ohioans have the opportunity to experience the natural beauty in our state,” she added. “Nesting season is an exciting time, and I hope we can exceed 300 nests this year.”

In addition to teaming up with concerned and willing landowners, the ODNR Division of Wildlife partnered with various state zoos and rehabilitation services to create a climate that allowed bald eagles to recover in great numbers. In 2007, bald eagles were removed from the federal list of endangered species, and successfully soared off the Ohio state listing just 5 years after that.

Bald eagle populations in other US states such as Georgia and New Jersey have made notable comebacks as well.

MORE: Humpback Whale Population Bounces Back From Near-Extinction—From Just 450, to Over 25,000

The bald eagle, on George Washington’s urging, was made a principal symbol of our nation because of the majestic animal’s standing as an icon of ultimate freedom. Ohio residents hoping to catch a glimpse of the magisterial bird in their viewfinders or binoculars should keep their eyes open in late March. The trees remain leafless; rivers and lakes are released from winter’s icy grip; and mating pairs have returned to their nests to lay eggs, typically in large trees like oaks and sycamores.

Another good time to find bald eagles is in mid-winter. Disruptions in the eagle’s hunting methods such as lakes being frozen and mammals hibernating underground force baldies to greatly expand their hunting range. The population of mid-winter eagles in Ohio was found in an annual survey to have increased 75% in just one year (2018 to 2019).