Home All News USA Hawaii’s State Bird Soars Back From Brink of Extinction After Only 30... 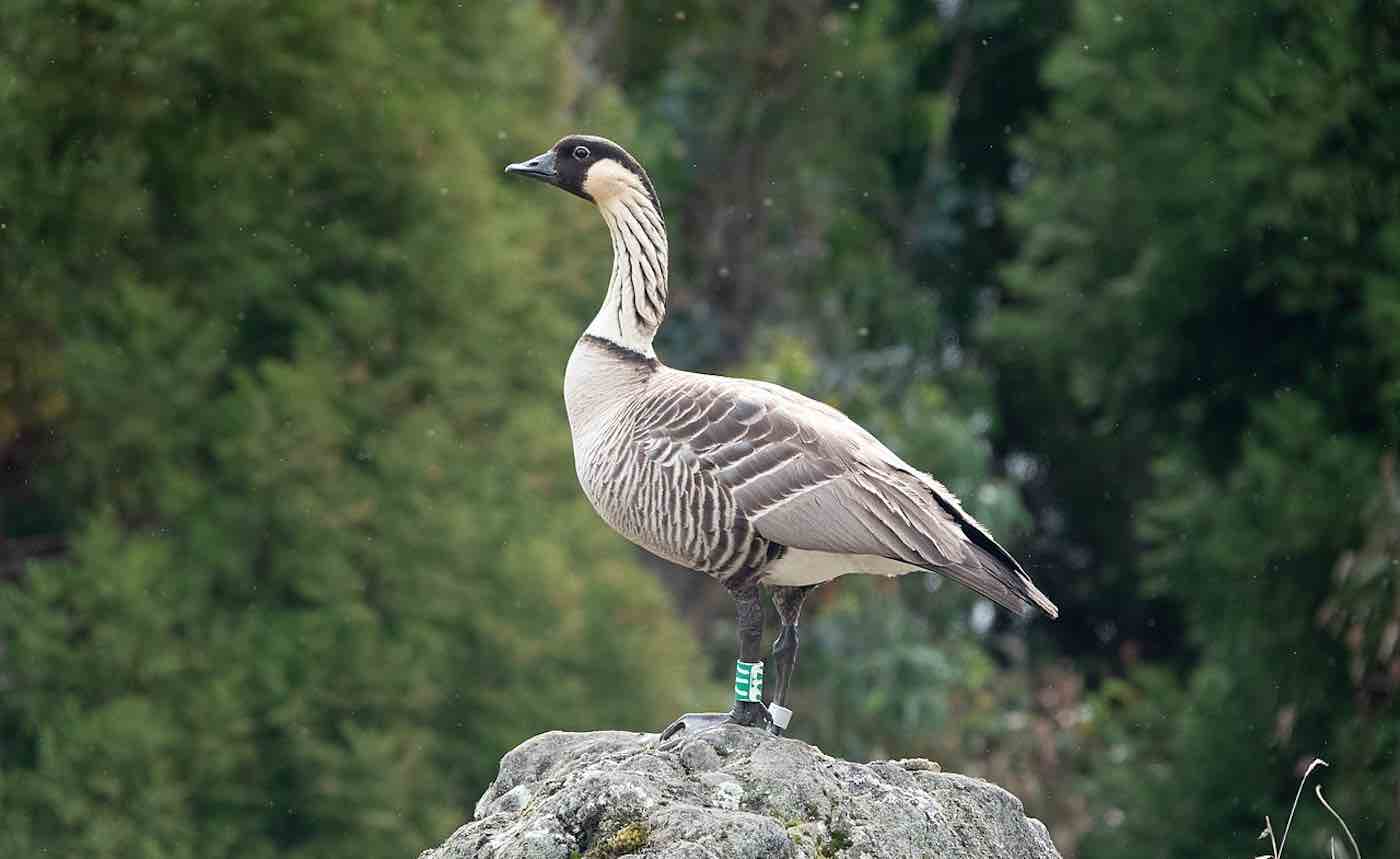 The population of the majestic Hawaiian Goose numbered 25,000 on the islands in 1778 when Captain Cook arrived, but soon those numbers were decimated by human-introduced animals like the mongoose until there just 30 left in 1952.

Known locally as the nēnē, the goose was placed on the Endangered Species list in 1967, and conservationists went to work trying to repopulate the islands.

After 60 years of an intensive captive breeding program, rigorous habitat restoration, and active management strategies, the population has increased 90-fold—and this week, US Interior Secretary Bernhardt announced that the nēnē had recovered enough to be considered no longer endangered.

“Today’s announcement highlights the progress (that) the Endangered Species Act intends to deliver,” said Bernhardt. “Through collaboration and hard work the nēnē is out of intensive care and on a pathway to recovery.”

ALSO: Humpback Whale Population Bounces Back From Near-Extinction—From Just 450, to Over 25,000

The nēnē’s glidepath from the brink of extinction in the decades following 1967 was paved by the breeding of nearly 3,000 birds in captivity which were then released onto more than 20 sites throughout the main Hawaiian Islands.

The release of captive-bred nēnē on national wildlife refuges, national parks, and state and private lands has saved the species for future generations. Today, there are more than 2,800 birds with stable or increasing populations on Kaua‘i, Maui and Hawai‘i Island and an additional population on Moloka‘i.

WATCH: Bison Get 22,000 Acres of Prairie Land to Roam Free—The Spectacular Moment They Were Reintroduced After 150 Years

Although the bird’s federal status has been upgraded, safeguards will remain in place to protect the species because it is still rated as ‘threatened’.

Protect Your Friends From Negativity—Share The Good News on Social Media!