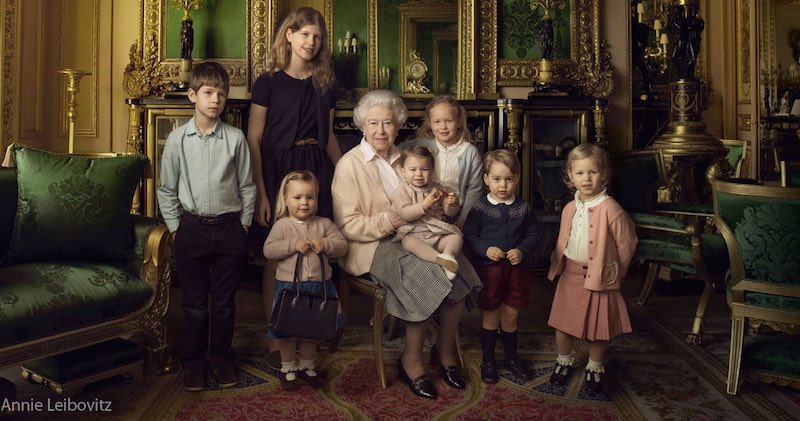 The British Queen turns ninety today. To mark the birthday, the royal family has released a series of official photographs taken by the renowned portrait photographer Annie Leibovitz at Windsor Castle just after Easter.

The photo in pink above, was separately posted on Facebook with a message saying the Queen sends her best wishes and warm congratulations to all those celebrating their 90th birthday today, saying:

“I send my best wishes to those who are celebrating their ninetieth birthday on 21 April 2016. On this shared occasion, I send my warm congratulations to you all. Elizabeth R.”

The three Leibovitz photographs below were also posted on Facebook by the Monarchy. Another charming family portrait with little children, like the 4-generation picture released yesterday that is set to become a stamp, shows The Queen with her five great-grandchildren and her two youngest grandchildren. The portrait, which features a wee one holding her grandmother’s handbag, was taken in the Green Drawing Room, in the Castle’s semi-State apartments. 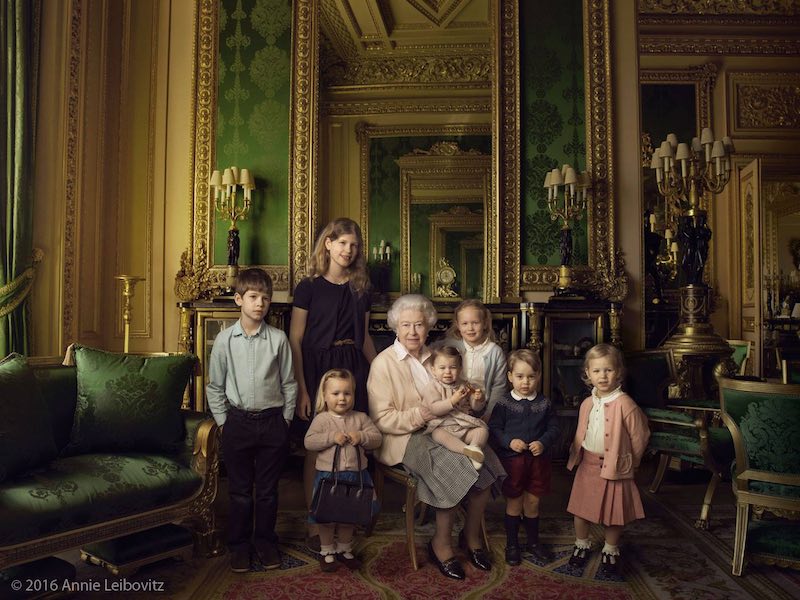 The two oldest children standing to the left of The Queen are her grandchildren, James, Viscount Severn (aged 8) and Lady Louise (12)–the children of her son, Prince Edward. In the front is Princess Anne’s granddaughter, Mia Tindall, (via her daughter Zara Tindall) who is holding the handbag. Prince George (2), in the dark sweater, and in The Queen’s arms –in the tradition of Royal portraiture–the youngest great-grandchild, Princess Charlotte (11 months), are children of Prince William and Kate, now the Duchess of Cambridge. The other two little girls in the picture (one behind the Queen and the other to the far right) are Peter Phillips’s daughters (and Princess Anne’s grandchildren) Savannah & Isla. 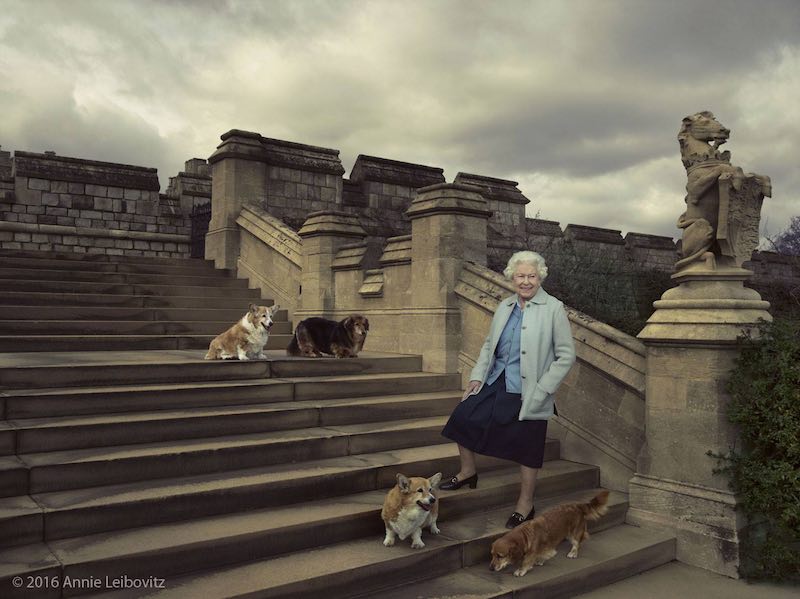 The Queen on steps at Windsor Castle with four of her dogs: clockwise from top left Willow (corgi), Vulcan (dorgie), Candy (dorgie) and Holly (corgi). 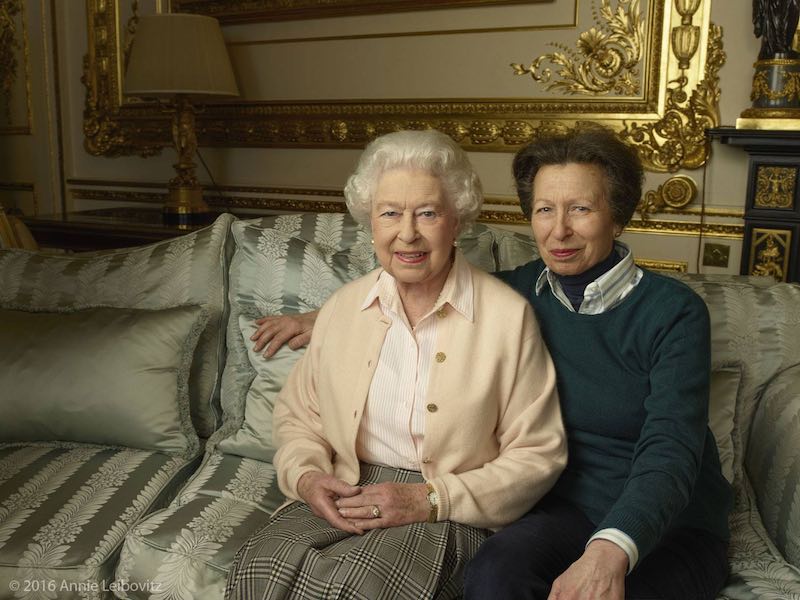 Here, Leibovitz posed The Queen with her daughter The Princess Royal, Anne, in the White Drawing Room at Windsor Castle.

Follow all the royal activities surrounding the 90th birthday, which are happening all year, at the BBC.