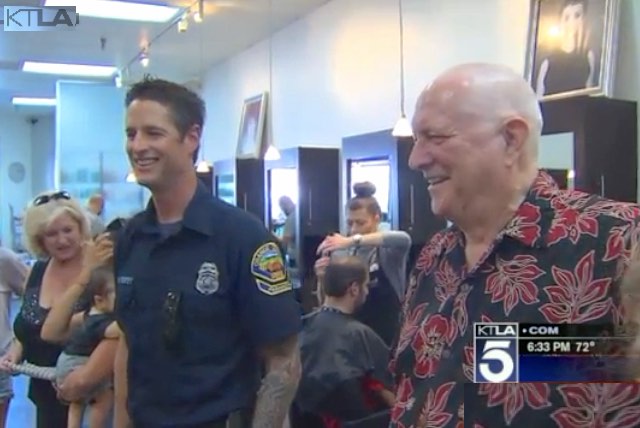 Two men who saved each other’s lives 30 years apart reunited in California this week to help save even more lives at a charity event.

Their story goes way back–and then back even further.

Four years ago, when a tractor-trailer rig rammed into Dr. Michael Shannon’s SUV. Orange County Paramedic Engine 29 was on the scene within minutes. Firefighters found the pediatrician trapped in a burning vehicle, flames licking his legs and feet. Chris Trokey was among the firefighters using the Jaws of Life in a race to pry open the burning SUV, and successfully helped rescue the doctor before the fire killed him.

Later, at the hospital, when he heard the injured man’s name, Trokey realized the doctor had saved his life 30 years earlier. 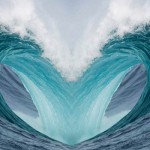 As a newborn, Trokey faced steep odds. He weighed only a little over three pounds. Doctors gave him only a 50% chance of surviving. But Trokey says Shannon worked around the clock to make sure he beat those odds.

Shannon told KTLA:  “It’s amazing to watch them all grow up, but to have one come back in your life, on a day you really need it, that’s really incredible.”

On Sunday, the two joined 28 other people shaving their heads for charity, an effort that raised $12,000 for St. Baldrick’s, which funds research on childhood cancers.

(WATCH the video below or READ the story from KTLA)