Home All News Kids Park Rangers Hailing Little Girl as a ‘Steward’ of Nature After She... 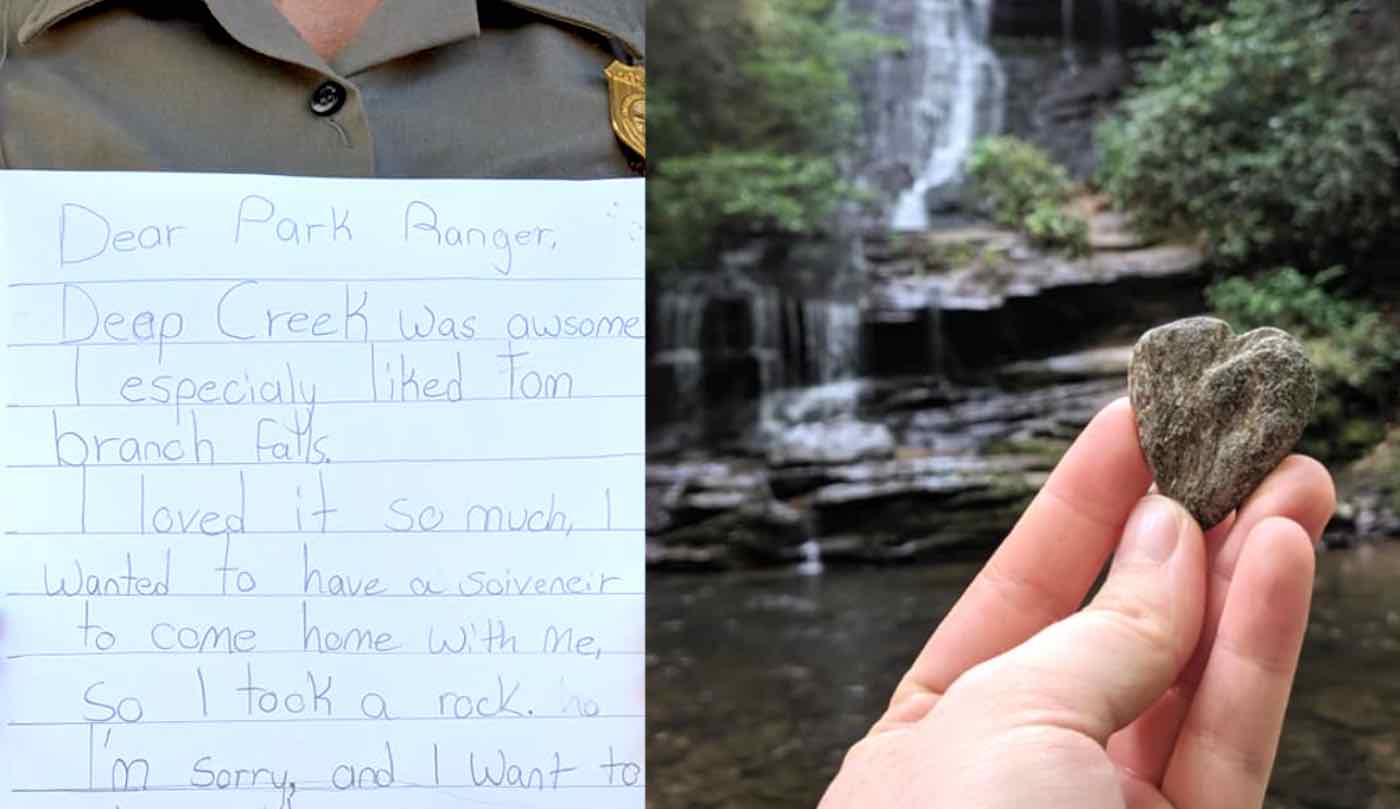 Park rangers are praising an anonymous little girl for being an excellent role model for park preservation after she returned a heart-shaped stone that she had taken during her visit.

According to a post from the Great Smoky Mountains National Park Facebook page, rangers were surprised to receive a tiny package without any return address from a youngster who only identified herself as Karina.

The package included a small heart-shaped rock and an apology letter from the girl explaining how she’d felt guilty about taking the rock during her recent visit to the park.

RELATED: First US National Park to Offer Heavy-Duty Wheelchairs for Disabled Visitors to Enjoy the Scenery

“I loved it so much, I wanted to have a souvenir to come home with me, so I took a rock,” it continued. “I’m sorry and I want to return it. Also, here’s a donation!”

Not only did she return the rock, she also included a drawing of the park as a bonus.

The park rangers were so touched by the gesture, they snapped some photos of the letter and the rock being returned to its home so they could publish them on social media.

“Already, you are becoming an amazing steward for the park,” wrote the rangers. “Thank you for recognizing that what is in the park should stay in the park. If every visitor took a rock home, that would mean 11 million rocks would be gone from the park every year!

“The park would definitely not be as beautiful as it was before,” they added. “Rocks in the Smokies also provide homes for hundreds of creatures, including salamanders! By leaving rocks where they are, we’re helping protect these special homes as well as the beauty of the park.”

LOOK: 700 Acres of Massive 1,000-Year-old Redwoods Are Being Turned into a Public Park

In addition to their hopes that Karina would see their note of gratitude on Facebook, the rangers say they also wanted to inspire other readers to show the same amount of respect in the park.

“It’s more important to us that … thousands of others who visit the park see that and relate to the message and take that home with them,” education park ranger Jessie Snow told The Washington Post.

Good News Rocks! So Be Sure And Share It With Your Friends On Social Media…