Home All News Celebrities Patton Oswalt Responds to Online Troll by Rallying Followers to Pay For... 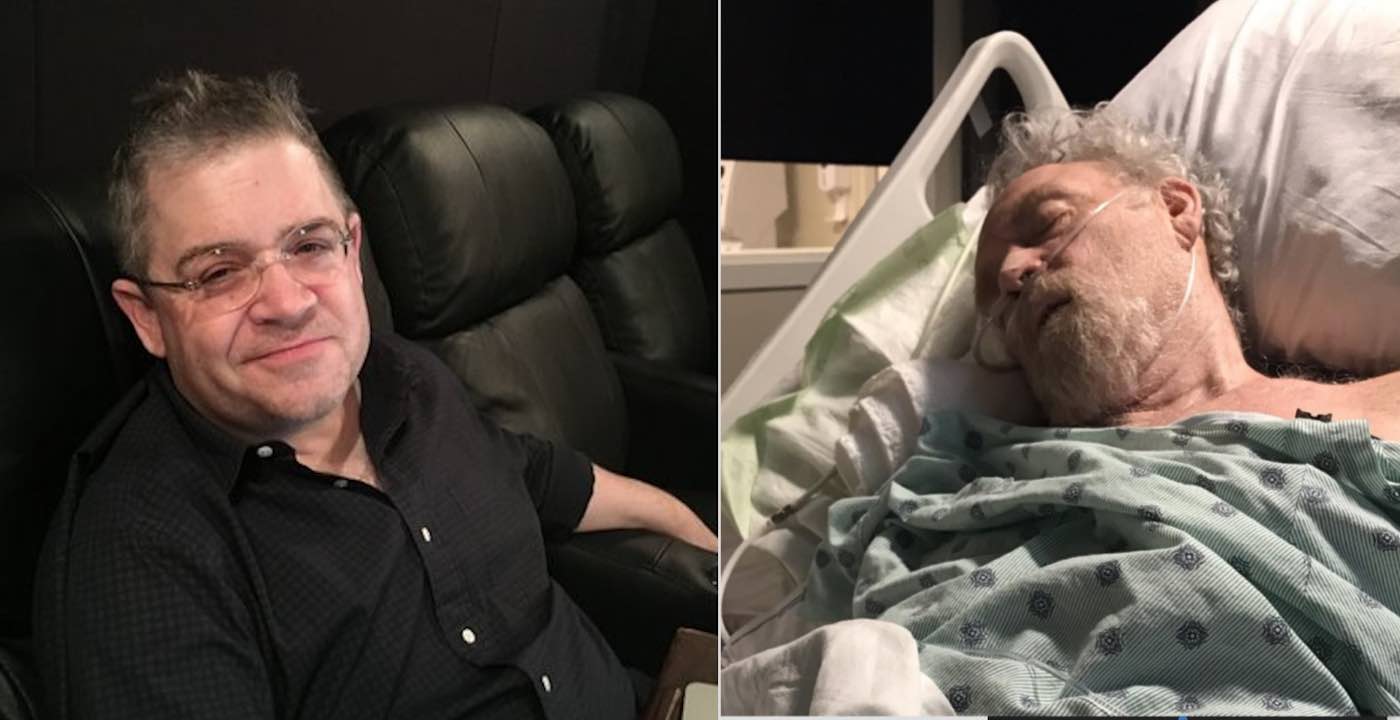 Instead of firing back at a Twitter user who insulted him for his political comments, comedian Patton Oswalt responded with kindness.

The Twitter troll, 64-year-old Michael Beatty, has not been faring very well since he recently returned to his home in Huntsville, Alabama. He was only just released from a 2-week stay in the hospital as a result of sepsis and diabetes complications which landed him in a coma.

Additionally, the retired Vietnam veteran is only able to sustain himself on “meager retirement checks”.

RELATED: When I Was Alone at the Hospital at 4AM, a Lyft Driver Restored My Faith in Humanity

Upon returning home and finding his social media feed filled with political arguments and opposing opinions, he felt angry and frustrated.

His irritation finally came to a tee when he saw a criticizing tweet from Oswalt about President Trump. Beatty responded by calling the comedian a “sawed-off little man” and saying “I just realized why I was so happy you died in Blade Trinity!”

Beatty says that he didn’t expect the comedian to respond – and if he did, he only expected to be insulted in return.

Aw, man. This dude just attacked me on Twitter and I joked back but then I looked at his timeline and he’s in a LOT of trouble health-wise. I’d be pissed off too. He’s been dealt some shitty cards — let’s deal him some good ones. Click and donate — just like I’m about to. https://t.co/6zRdZ430WG

He was stunned, however, when Oswalt made a Twitter post asking his 4.5 million followers to donate to Beatty’s GoFundMe.

Over the course of 10 days, Beatty’s page had only raised about $600 for his medical bills – but then in addition to Oswalt donating $2,000 of his own money, the comedian’s followers immediately started making their own contributions.

Patton. You have humbled me to the point where I can barely compose my words. You have caused me to take pause and reflect on how harmful words from my mouth could result in such an outpouring. Thank you for this and I will pass this on to my cousin who needs help. A cascade. pic.twitter.com/6Is7KflPeY

Needless to say, Beatty was stunned.

“I would never have [imagined this] based on what I tweeted to him,” said Beatty, according to the Washington Post. “If anything, I expected a scathing retort or just to be ignored, but that’s not what happened.”

LOOK: Child With ‘Nothing to Give’ Sacrifices the ‘Best Part of Her Breakfast’ as Gift for Her Teacher

After exchanging some good-natured jokes with Oswalt, who just turned 50 years old on Sunday, Beatty says that the experience has completely transformed his perspective on politics and dissertation.

“Patton, you have humbled me to the point where I can barely compose my words,” wrote Beatty. “You have caused me to take pause and reflect on how harmful words from my mouth could result in such an outpouring.”

I want to thank everyone who came to my aid with generous outpourings- and also to @pattonoswalt without whom I would not be the recipient of so much love and support. I'm not a man who ever cries but I had to wait to send this. And to quote Stuart on Big Bang "meat tonight"! pic.twitter.com/r4Kc9zYk7E