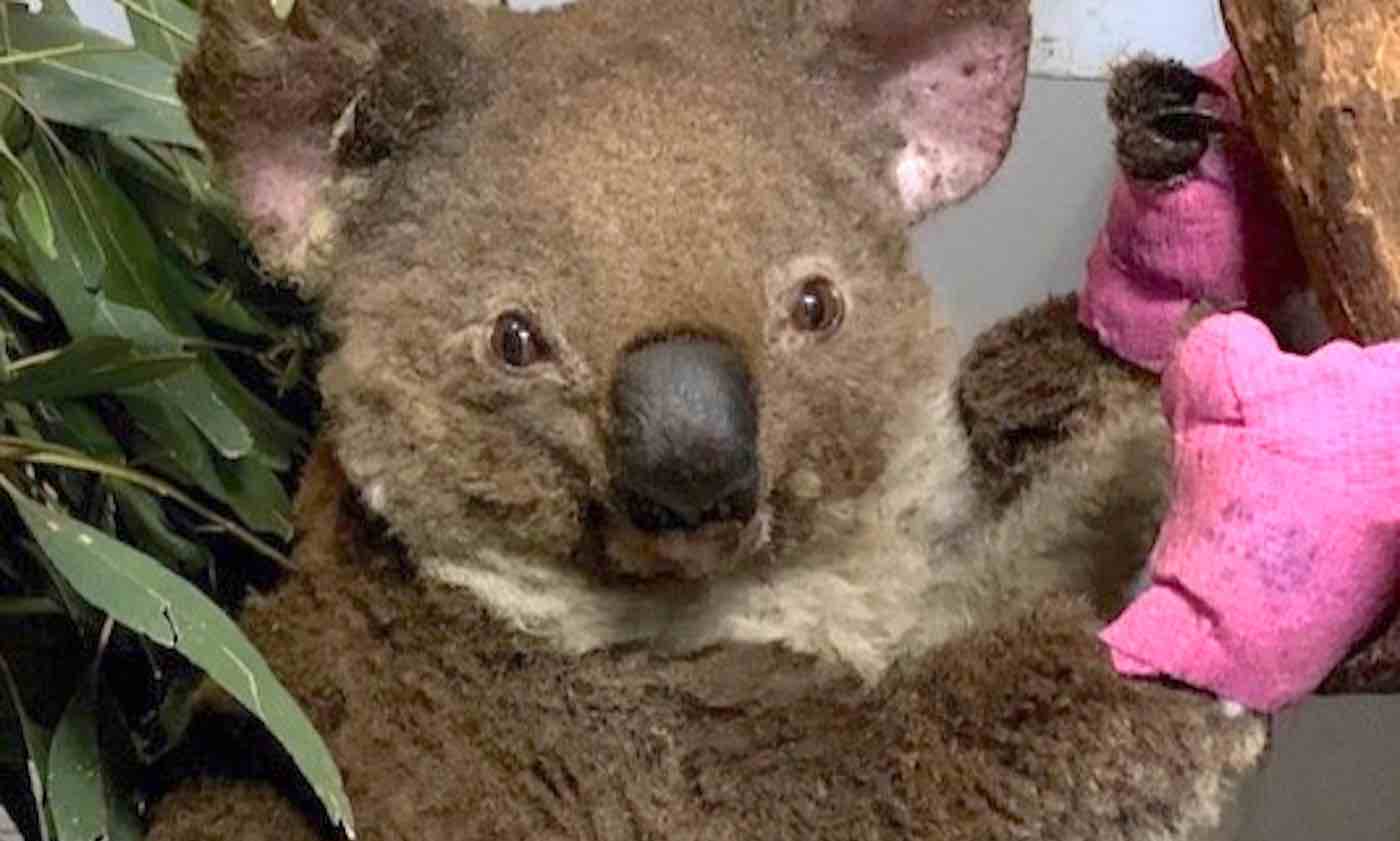 People from all over the world are rallying to help save one of the most iconic animals of Australia.

Since bushfires began sweeping through New South Wales and Queensland last month, dozens of koalas have been rescued from the fires and sent to animal hospitals for treatment.

Many of these rescued marsupials are now being treated for burns on their paws. As a means of protecting the critters’ paws from sustaining further injury, Australians have been encouraging crafty activists to send handmade mittens to their animal hospitals.

WATCH: 11-Year-old Crocheting Prodigy is Raising Thousands of Dollars for Orphans–One Stitch at a Time

Not only that, rescuers have been accepting blankets, baskets, bat wraps, nests, and pouches for other animals injured by the fires.

A group of Dutch knitting enthusiasts from the Quilt Shop 100 in the Netherlands has already crafted more than 400 pairs of mittens for an Australian koala hospital.

The Animal Rescue Freecycle Craft Guild has also been publishing free sewing, crocheting, and knitting patterns to their Facebook group.

Since the collective has garnered international traction, they have received thousands of handcrafted donations from around the world. They recently asked their followers to hold off on sending any further donations until they have taken stock of all their shipments, although their are still accepting donations for emergency supplies such as food, water, and medicine.

“If you wanted to take a break from crafting for a week, now is the time. Send out what you have and give your hands a break for a week. We will have an updated inventory needed list over the coming days,” wrote the organization. “All 150 wildlife groups, 1,230 rescuers and hundreds of vets have been contacted and large supply loads are with them now or on the way. The hubs are starting to fill so we are being mindful not to waste anything and to ensure resources are working on the best outcomes!”

The Port Macquarie Koala Hospital has also been raising money for their koala treatments, as well as other Australian wildlife organizations. Since launching a GoFundMe campaign last month, they have surged past their original goal and raised almost $2 million for their rescue efforts.

“Initially, the hospital’s aim was to raise money to purchase and distribute automatic drinking stations which will be installed in the burnt areas to help in koala and wildlife survival,” reads the campaign. “The number of drinking stations being built has now been increased and they will be shared with other wildlife organizations in fire affected regions across New South Wales. Two are being built for dispatch to the northern rivers fire area next week.

“We are also purchasing a water carrying vehicle with fire fighting capabilities to replenish the drinking stations with water as needed.”

With koalas listed as a “vulnerable” species, the group also plans on using the funding to launch a breeding program for surviving koalas in a healthy habitat zone.