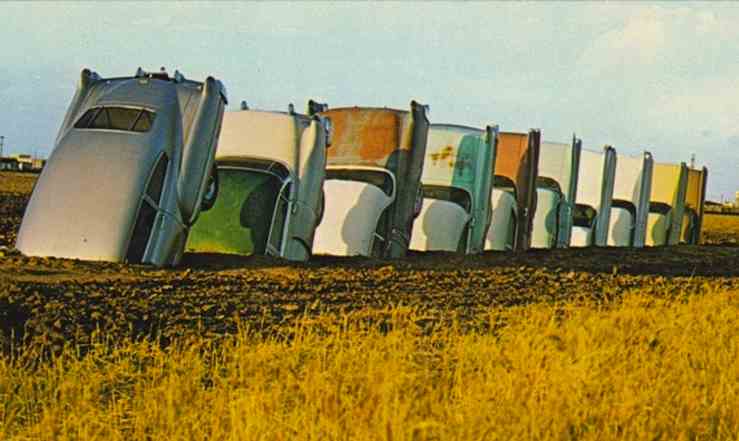 The Texas multimillionaire art prankster who paid people to plant 10 Cadillacs in the Texas dirt in the 1970s as “a monument to the American Dream” has passed away.

Beyond the Route 66 landmark known as “Cadillac Ranch,” Stanley Marsh 3 also commissioned a series of 200 crazy street signs around his hometown of Amarillo. Examples: “Road Does Not End”; “I Have Traveled a Great Deal in Amarillo”; “I Don’t Suppose Anyone Has a Tomato?”; “It Begins With a Hanging”; “What Is a Village Without Village Idiots?”and “My Grandmother Can Whip Your Grandmother.”