Home All News Laughs It’s Not Fowl Play: Police Assist Woman Chasing a Chicken Around the... 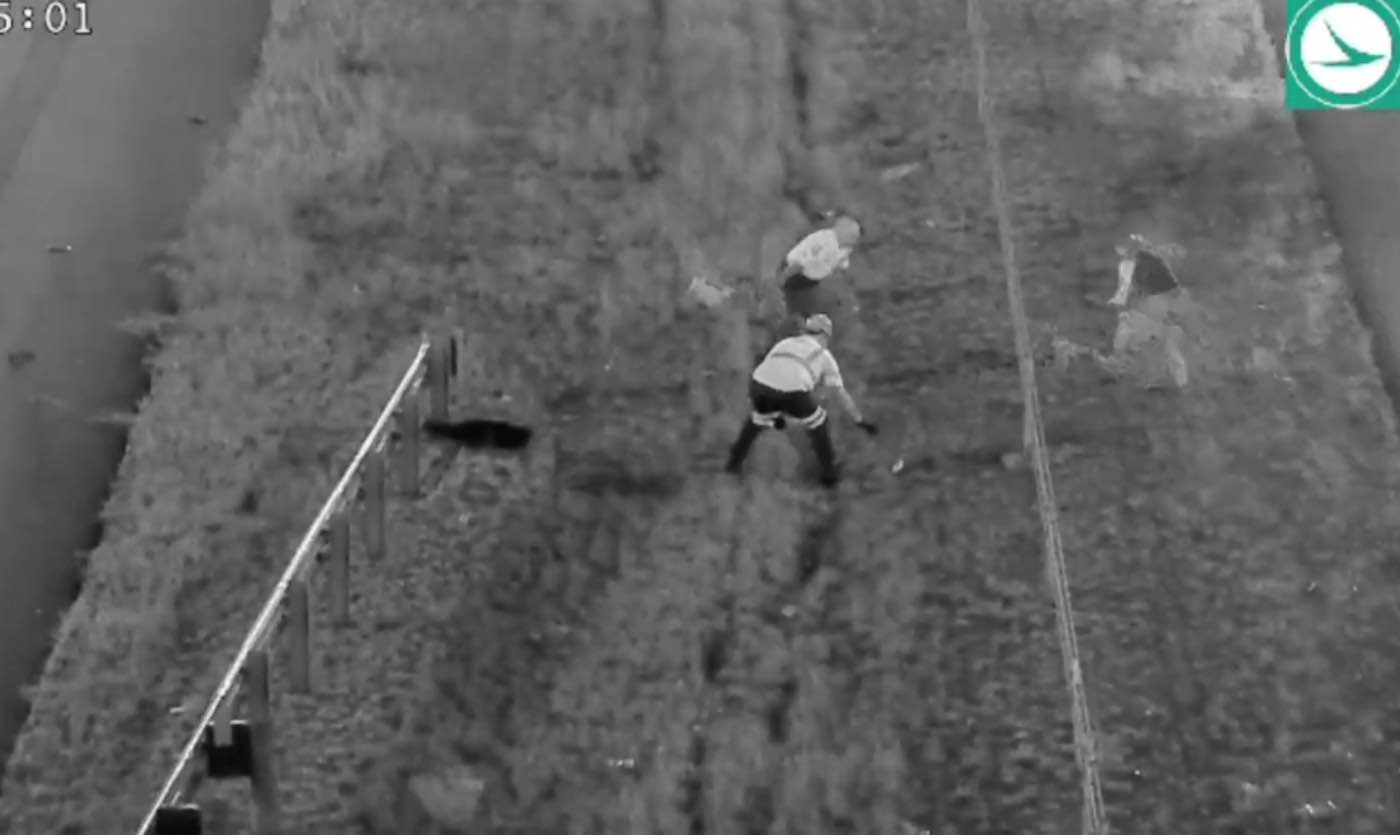 When this plucky chicken found itself running rampant on the median strip of an Ohio highway, a pair of police officers went above and beyond the call of duty to keep it from getting to the other side.

Earlier this week, Officer Brad White from the Columbus Division of Police received a call about a distressed woman seen wandering around the highway.

White—along with an officer from the Ohio Department of Transportation State Farm Freeway Safety Patrol—arrived on the scene only to find that the woman was an Ohio State University veterinary student who was chasing down a rogue chicken.

WATCH: Police Officer Helps to Shave Homeless Man’s Face in the Rain After Seeing Him Struggle Without a Mirror

The student, who was identified only as Jessie K., had been trying to keep the chicken from wandering into traffic. White and his colleague then spent the next fifteen minutes assisting Jessie by chasing the chicken around the median strip and preventing it from entering traffic.

“We are unsure how the chicken ended up in the median. Jessie advised me that she was waiting on dusk so the bird would roost and be easier to capture,” the Columbus Police Department wrote in a Facebook post.

“Jessie waited for the right opportunity and was able to make an apprehension. The chicken is now safe at her family’s farm.”

Have Some Pluck; Share This Amusing Story With Your Friends On Social Media…