Home All News Inspiring Police Officer Helps to Shave Homeless Man’s Face in the Rain After... 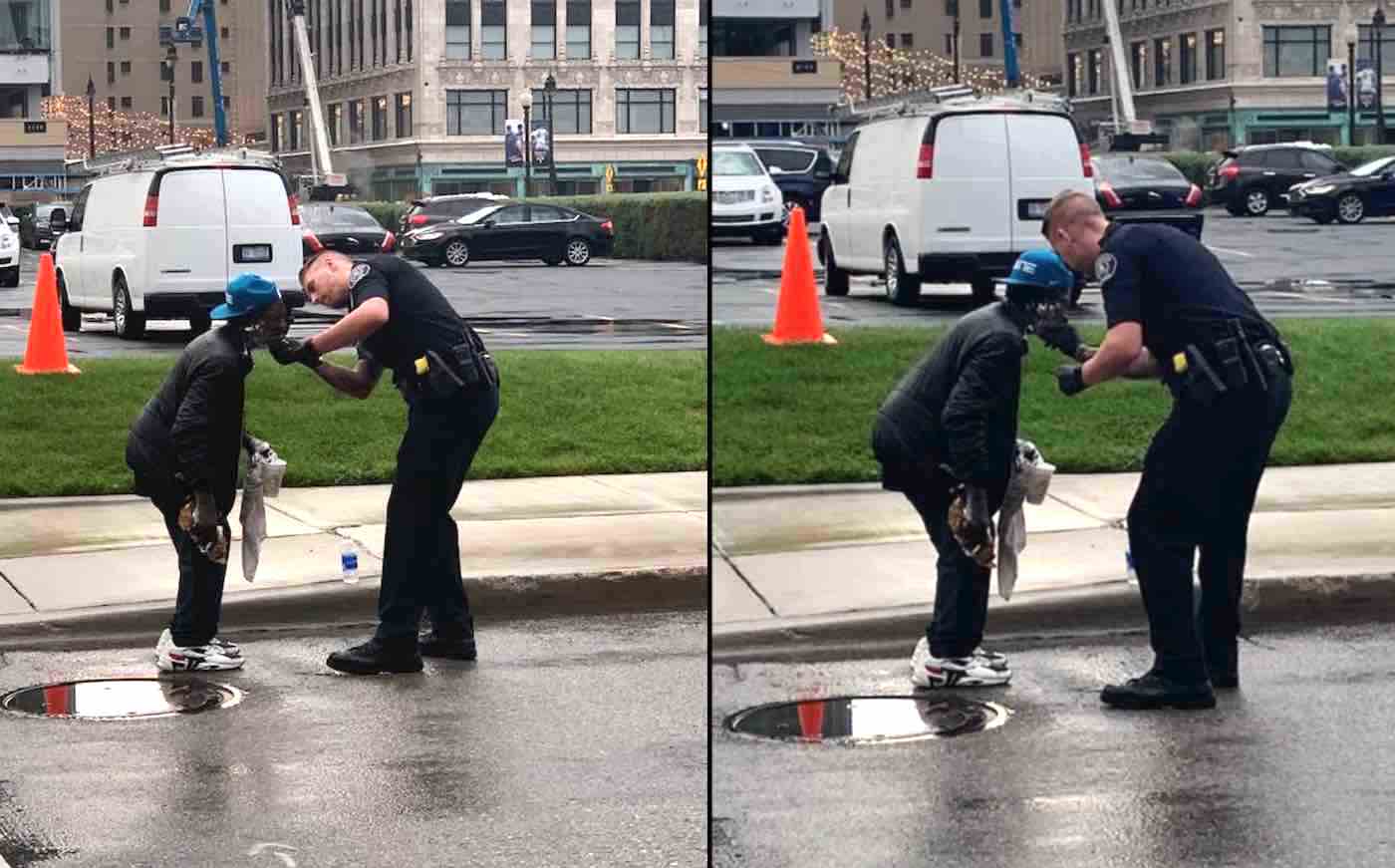 A Detroit police officer is being praised for reaching out to help a homeless man who had been having trouble shaving his facial hair on the street.

62-year-old Stanley Nelson had been attempting to shave in the rain outside of Comerica park last week after a woman on the street handed him a bag full of toiletries and supplies, including a disposable razor and shaving cream.

Since he didn’t have running water on hand to help him shave, Nelson had been using water from a nearby downspout and rinsing his newly-acquired razor in a sidewalk puddle.

RELATED: They Texted the Wrong Number, But it Inspired a Total Stranger to Collect Gifts for Boy in a Hospital

After insisting that Nelson didn’t have to leave, Thomas then helped the man shave his face.

Little did he know, the heartwarming exchange was captured by Jill Metiva Schafer and her husband as they were leaving a baseball game. After she published the photos to Facebook, they were shared by hundreds of social media users and news outlets.

Nelson later met with reporters so he could express his gratitude for the officer’s kindness.

“That was beautiful, what he did, and God is gonna bless him for doing that for me because he didn’t have to do that,” Nelson told WXYZ. “I really appreciate [it] because, you know, I’m going through my thing and I feel bad about myself, you know? But I’m gonna be alright.”