Home All News Sports Red Sox Player Promised Ailing Young Fan That He Would Hit a... 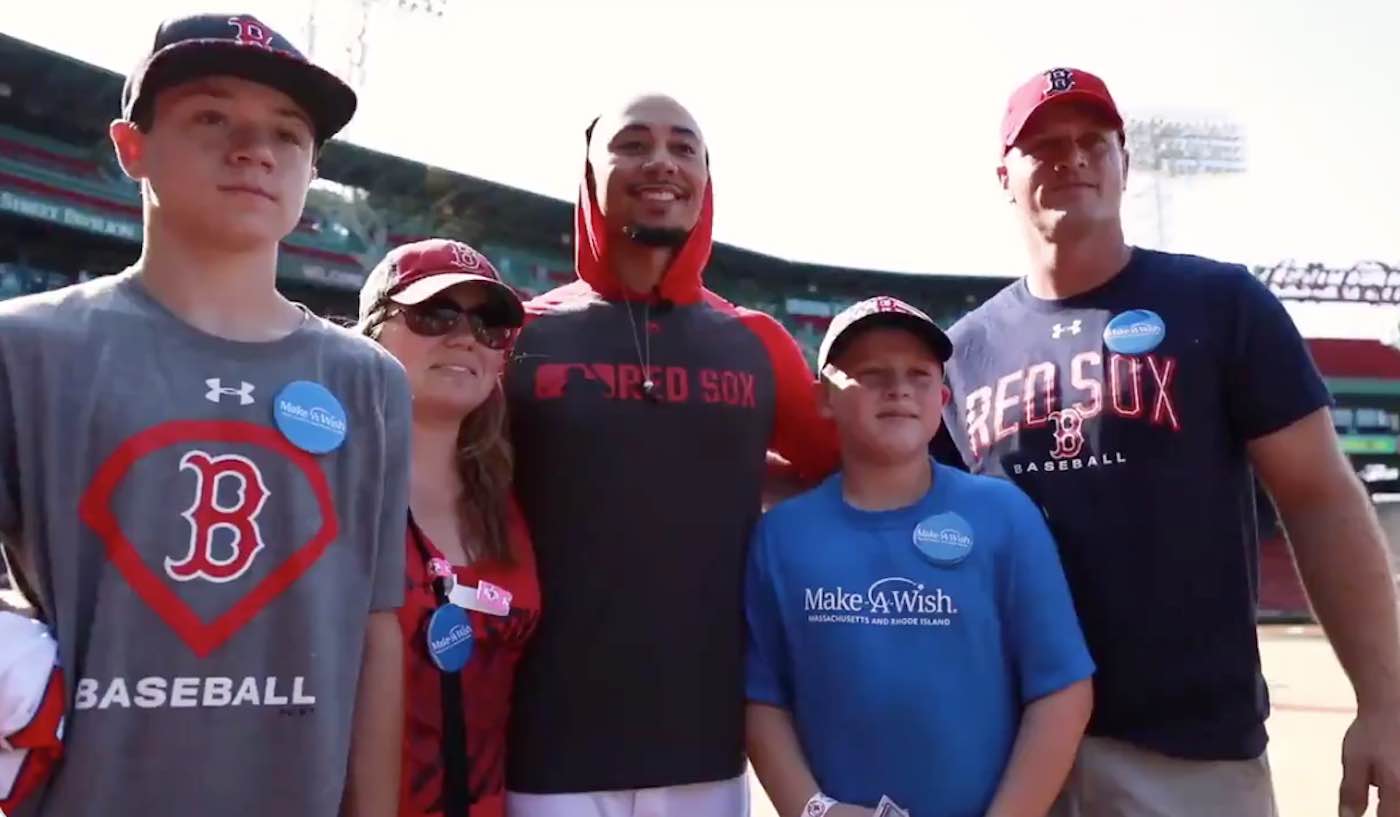 When an ailing young fan asked his favorite baseball player to hit a home run, the Red Sox champion went above and beyond to make the boy’s wish come true—not once, but three times.

10-year-old Nico Sapienza suffers from spinal muscular atrophy, a genetic disease that affects the motor neurons in a person’s spine and takes away their ability to do simple physical tasks. He also happens to be a huge Red Sox fan.

That’s why the youngster asked the Make-a-Wish Foundation for a chance to meet the team—particularly his favorite player, Mookie Betts.

Nico’s wish came true after he was brought to Fenway Park prior to the Sox’s game against the New York Yankees earlier this week.

In addition to the boy being given a tour of the stadium, he got to meet with all of the players and chat about their shared love of baseball.

Before he left, Nico asked Betts to hit a home run against the Yankees—and even though it could have been a hard promise to keep, Betts was more than happy to oblige.

"I'm glad he came. He was our good luck charm. He's a great kid. I think him and his family had fun down in BP and I think if I can kind of use the platform that I have to make people smile like that then I know I've done something well." - Mookie after meeting Nico Sapienza https://t.co/miYaaSDSgK

Not only did Betts hit a home run during the game, he managed to hit three home runs in just four innings—and he says it was all for Nico.