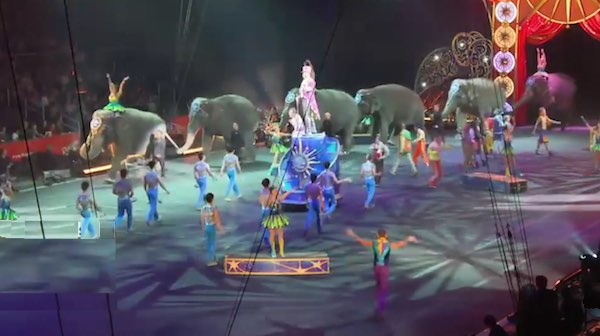 Ringling Bros. and Barnum & Bailey’s has featured circus elephants in their show for the last time, officially retiring the animals last night and ending the policy of using performing elephants two years earlier than previously planned.

In March of last year, Feld Entertainment announced all of touring elephants would move to the Ringling Bros. Center for Elephant Conservation by 2018.

With the final show Sunday night in Providence, Rhode Island, all 11 of the Asian elephants from the traveling circus units are being moved to their permanent new home in Florida. There they will join the rest of the Ringling Bros. herd of Asian elephants, for a total of 42 at the 200-acre Conservation Center.

Similarly, SeaWorld announced a plan in March to phase out their performance shows featuring orcas, and in a partnership with the Humane Society, to end captive breeding of the whales. The move effectively sun-sets there use, because SeaWorld ended their wild capture program years ago.