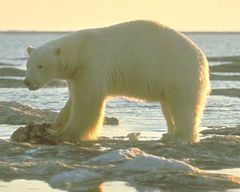 Polar bears, walruses, sea otters, and other endangered species are all set to benefit from a Russian decision to boost its national protected areas to nearly 3 percent of its territory by 2020, an addition of land nearly equal to the size of Switzerland.

Conservationists from WWF, The Nature Coservancy and MAVA Foundation, have worked for years analyzing data to help Russia fulfill its international commitment under the Convention on Biodiversity to establish effective protected systems that safeguard biodiversity. The groups will also help raise funds to pay for their protection.

The UN has declared 2010 the International Year of Biodiversity.

(READ the full story at WWF)