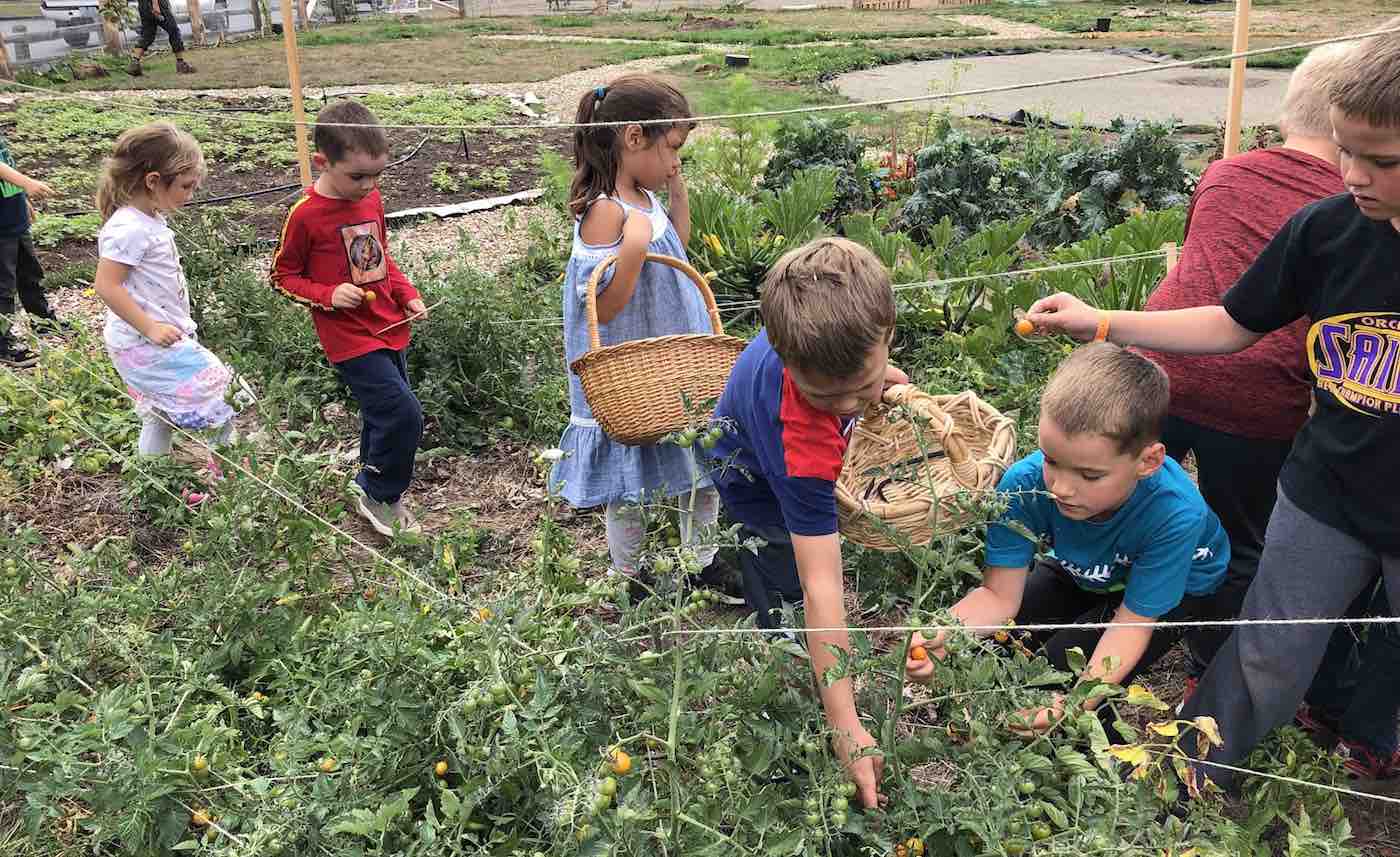 What was once a barren and “resource-greedy lawn” is now a lush student-run garden that grows produce for food banks and schools.

The Giving Garden at Orcas Christian School on Orcas Island, Washington, which is run by dozens of volunteer students and community members, is thriving since its summer harvests produced more than 100 pounds of fresh, organic produce for the local food bank.

Now, the no-till garden and companion food forest is primed to contribute a bounty of nutrient-rich fruits and nuts to the island community throughout the upcoming seasons.

MORE: Family Farms Use ‘Crop Mobsters’ to Prevent More Than 1 Million Servings Of Food From Going To Waste

The Giving Garden is just the first permaculture project built by All Hands on Earth (All Hands), a nonprofit dedicated to building drought-tolerant, sustainable organic food-sheds and teaching local communities the permaculture principles of how to care for the Earth, care for people, and “fair share” (returning surplus to earth and to people).

All Hands founder Alex Tamayo Wolf remarks about the Giving Garden: “In just four months, we have turned a resource-greedy lawn into a no-till permaculture-based garden that feeds the community and benefits the earth. I want it to be a model to inspire others to act.”

All Hands’ mission is to empower people in diverse communities to address the challenges presented by climate change—including water shortages and waste issues—by turning their underutilized lands into permaculture plots.

The nonprofit aims to show people how to create bountiful food-sheds that also conserve water and reduce waste while avoiding the use of synthetic fertilizers, and so the OCS garden teaching lab hosts classes for both students and community members.

“We kids grew it ourselves,” a third grader named Grace proudly told Good News Network. “You can eat everything in there. Stuff that I never heard of.”

“I like the kale,” remarked Ben, a second grader. His mother, who was standing nearby, added excitedly, “And he never liked kale before! He really likes it now.”

“Activism doesn’t need to be a large-scale undertaking, or act of extremism,” explains Wolf. “It can be as simple as planting a tree or a garden; it doesn’t have to be a big thing. Thinking too big stops a lot of people from acting. Simply growing your own food reduces transportation carbon footprint, improves the local ecology, your health, and feeds people. You can act without being an ‘activist’.”

The many students and volunteers involved in running the OCS garden are already internalizing that message as they lend willing hands to weed, water, plant and gather a sustainable harvest each week on Orcas Island. With the ongoing help of community and corporate donors, All Hands on Earth is looking forward to founding its next projects to continue its work of quiet, everyday activism supporting the steady munch of earthworms in the sun-warmed soil.

“That’s our everyday activism,” says Wolf, who plans to continue instigating similar permaculture projects throughout the country. “Small change multiplied by big numbers can have a substantial impact.”